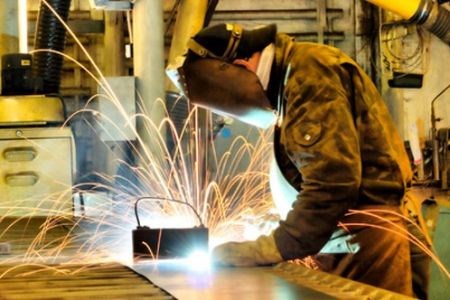 TPS was formed with the intent to supply competent and qualified workers to the transportation and logistics industry.It has since transformed into a full services personnel recruitment practice.

When Kevin Pattison first opened Total Personnel Solutions (TPS) on September 11, 2001, he had no idea of the type of day he'd have.

Limping to work on crutches supporting a broken foot, the day was quickly met with the major disaster in New York City.

“It was a very memorable day, that's for sure,” said Pattison, president of Total Personnel Solutions and Northern Academy. “You can say that we got off on the wrong foot, pardon the pun.”

But there was a steady flow of phone calls and one customer signed on, so the day was marked as an overall success, he said.

Flash-forward more than 11 years later, and his company has now doubled in size and has expanded to southern Ontario.

Though reluctant to divulge his workforce numbers, Pattison did say it was in the “hundreds.”

TPS was formed to supply competent and qualified workers to the transportation and logistics industry.

It offers reference, criminal and qualification checks, as well as interviews, screening, personal development and training in WHMIS, hours of service, load security and forklift.

They've since transformed into a full-service personnel recruitment practice.

“Stepping outside the transportation industry, it really allowed us to specialize in the trades, the millwrights, the welders and the machinists,” said Pattison. “It allowed us to spread our wings and grow, and our company has now doubled in size since the 10-plus years of business.”

TPS' expansion to Mississauga was made possible by demand, said Pattison. It will also bring workers from the Greater Toronto Area to the City of Greater Sudbury.

“We cannot find enough trained bodies to fulfill the jobs that we have on the table here,” said Pattison. “We're now looking at people that have, perhaps, moved south and want to come home.

“We're now tapping into that market.”

For more than three years, Pattison and Total Personnel Solutions managed another Sudbury-area company, Northern Academy of Transportation Training, based in Lively, that provides instructor-based enrollments and group training sessions in a variety of fields, such as transportation training, industrial training, workplace safety and insurance and wellness training.

In 2011, TPS made the move to purchase the company.

“Both companies complement each other very well,” said Pattison. “Northern Academy has new graduates that come out and looking for work, while TPS has the jobs.

Beginning in April, Northern Academy will open up a second presence in Ottawa with the assistance of Algon­quin College.

The goal is to help upgrade Ontario Hydro drivers to the class A license of AZ.

Northern Academy first made contact with Algonquin through the Truck Training Schools Associations of Ontario (TTSAO).

“As far as Northern Academy is concerned, we've gone to Ottawa because of demand as well,” said Pattison. “We've gone there with the help of Algonquin. They've really helped us get involved in a joint contract with them.”

With both expansions to larger centres in Ontario, the head office will remain in Sudbury.

“What I firmly believe is to get everything running smooth,” said Pattison, “get a well-oiled machine, and then we'll worry about where we go next.”

Pattison credits the success of his companies to great service. They initiate a checklist system where it tracks down, and makes sure that everything has been completed at the satisfaction of the customer.

“It's the little things,” he said. “The personal touch for the customers.”

“We have nothing else to offer but service.”