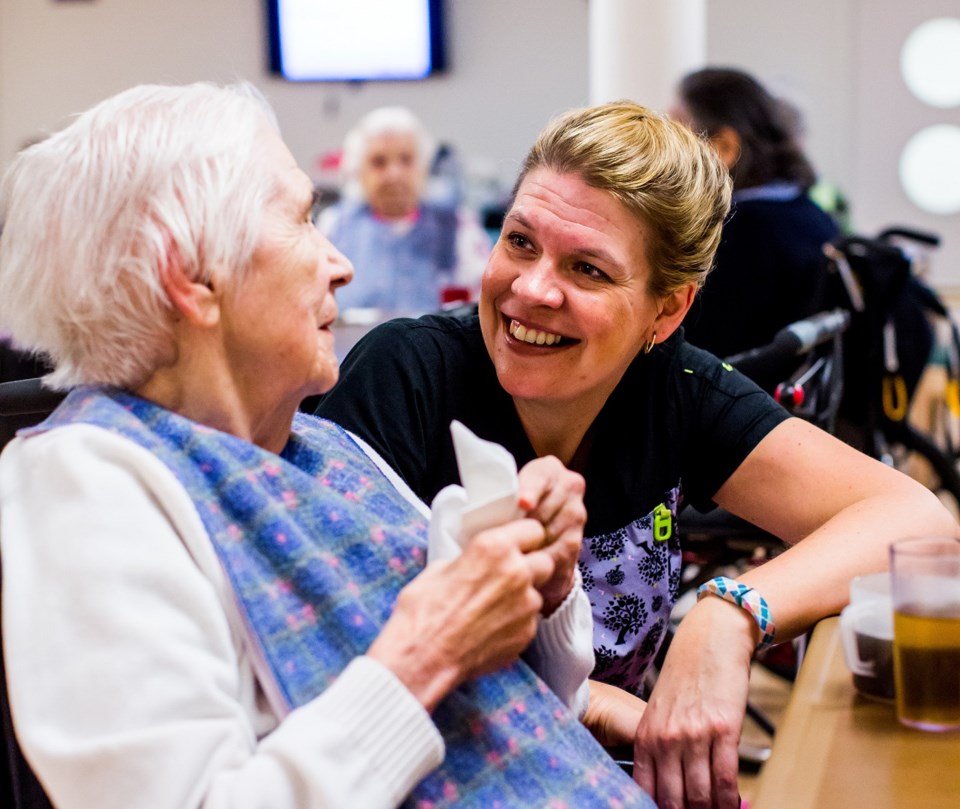 It was just a year ago that an advocacy group in Sudbury tabled a hard-hitting report that predicted a crisis was looming for the role of personal support workers (PSWs), especially for those working in long-term care homes.

It is now apparent that many of the warning bells sounded in the document from Workforce Planning for Sudbury and Manitoulin have rung true, according to executive director Reggie Caverson, one of the chief authors of the report.

"I think the warning bells had been there for a long time. They had been ignored," said Caverson.

"We were often hearing from the policymakers, the agency directors and ministry people, but not hearing directly from the workers that were most impacted. And that's why we did the survey in the first place," she added.

The report (which you can read in its entirety here) outlining the concerns of PSWs was released in late May of 2019 and revealed that a majority of those surveyed believed they were being overworked, underpaid and undervalued.

“It’s hard for any of us to imagine working in our job, where on a daily basis, we could experience the risk of rude and abusive clients, physical injury, verbal abuse, impossible workloads, safety issues such as vital client information that is missing, and sexual harassment," Caverson wrote in the 2019 report.

She added that much of what her group reported last year was not new, that government agencies were well aware of the problems.

"Never addressed is that what is happening in long-term care and with the pandemic has actually been like Pandora's Box that was waiting to be opened," said Caverson.

Caverson said she believes the report did not get the attention it should have back in 2019.

Caverson said she also sent copies of the report to health-care agencies across the province and to interested groups and organizations throughout Sudbury, including the municipality and the Local Health Integration Network.

"There was a lot of discussion, but very little action," said Caverson. "Everyone talks about it saying: ‘Yes we know, we're trying to do something but some things are just beyond the control of local agencies and services because they're governed by different pieces of legislation.'"

Things changed when the Canadian Armed Forces were called to provide support to a handful of long-term care homes in the Greater Toronto Area that were struggling to provide adequate care after several cases of the coronavirus were identified.

Several days after providing assistance, the Canadian Forces tabled a report that outlined terrible conditions in those long-term care homes. Several incidents were outlined where not enough PSWs were on duty, as well as incidents where the safety of PSWs was at risk because of insufficient supplies of gowns and facemasks.

Caverson said it was unfortunate that it took something like the coronavirus pandemic and then the follow-up report by the military to "make people stand up and listen and become outraged." Whether that outrage turns into action is a whole other question, she said.

She believes the military report carried significant clout because of the integrity of Canada's military along with the fact it is non-political.

"I am trying to be an optimist. Part of me is hopeful that the outrate will lead to action."

Caverson said she is also looking forward to inquiries into the state of affairs at long-term care homes, as announced by the premier's office and the Ontario ombudsman.

She said that hope is tempered by a nagging concern that society seems to have lost touch with its eldest members.

"As a society we have not really cared for or paid attention to what is happening to our elderly people," said Caverson.

She said the crisis in long-term care is not just the PSW issue but the way many Canadians perceive older adults. She added that she believes physicians do not get enough education for the care of the elderly in Ontario. Caverson said part of that belief is from personal experiences involving family members who needed care in southern Ontario.

"We haven't addressed the needs of our elderly very well," she said.

Caverson said in many cases when elderly patients don't get an appropriate level of care, they get shuffled off to long-term care, and the PSWs are the ones who have to provide front-line care to the elderly.

That said, Caverson sees future inquiries as an opportunity to share her report with other groups and agencies, still hopeful that changes will come.