Laurentian University is looking at the possibility of opening a new school of mining, and it has tapped former Vale Inco Ontario operations president Fred Stanford to help spearhead the project.
0
Nov 11, 2009 9:06 PM By: Nick Stewart 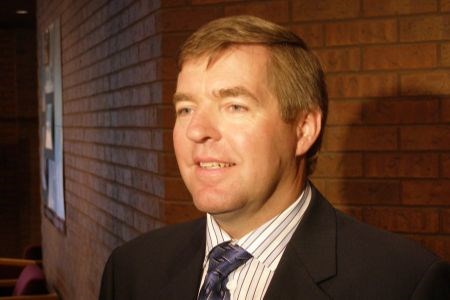 Laurentian University is looking at the possibility of opening a new school of mining, and it has tapped former Vale Inco Ontario operations president Fred Stanford to help spearhead the project.

As one of the first inductees into Laurentian’s executives-in-residence program, Stanford will work at the university on a part-time basis for a “nominal fee” to help formulate the details of a plan to make the new school a reality.

For Stanford, the early stages of work will involve determining whether various mining-related programs and research programs scattered throughout the school can be brought together "for a single purpose."

This will involve exploring the relationships between a variety of program and course material relating to such fields as engineering, exploration geology, the environment, as well as aboriginal and First Nation issues.

Stanford sees his job as being one that connects this potential with the mining and supplier communities to create “something everybody can get excited about.”

Plans are to have a “rock-solid plan” developed by April 2010, outlining such fundamentals as the nature of the school, the people and departments involved, and the resources that will be made available.

In order to be successful, the project will require the involvement of people both inside and outside the university, from department heads to members of the broader mining community.

The importance of introducing different voices from many parties into any new endeavor was made very clear to him in his prior life as a Vale Inco executive, he says.

In this vein, future plans will eventually involve the development of an international mining advisory committee, though the timing will depend on whether Laurentian’s departments are capable of seeing “a common vision together.”

Bringing people together and creating a clearer picture as to the essence, purpose and vision of the new school is at the heart of what he’s tasked with.

Once this “community building” has been achieved and the project begins to move forward, he intends to step aside.

In the meantime, he’s accepted a position as CEO and president of the Vancouver based Gleichen Resources.

He also has high praise for Laurentian University president Dominic Giroux. His leadership, focus and energy is allowing the long-whispered suggestion of a school of mining to begin turning into reality," says Stanford.

“I definitely have great aspirations for Laurentian for the future in the area of mining,” says Giroux.

“I want Laurentian to distinguish itself nationally and even internationally in terms of the specific programs it offers in the area of mining and also the kind of cutting-edge research we’re pursuing.”

According to Giroux, Stanford’s examination of “different delivery models” of education will also make use of the strength already in place at Laurentian through prominent institutions such as MIRARCO and CEMI.

As an example of the student demand for these kinds of initiatives, Giroux points to enrolment in Laurentian’s School of Engineering, which has soared from 100 students in 2006 to 250 students in the fall of 2009.

Giroux says the move to bring Stanford on board is just part of the university’s move to embrace four new central goals, which include being the university of choice for regional students and striving for national recognition.

This is much the same reason officials also brought Conway Fraser, former producer of news and current affairs at CBC Northeastern Ontario Radio, on as an inaugural executive-in-residence alongside Stanford in August 2009. Fraser will help the school to craft its message and to become more prominent across the country.

“Both Conway and Fred are known in their respective fields for bringing focus to their work and asking the tough questions, and that’s exactly what I was looking for,” says Giroux.