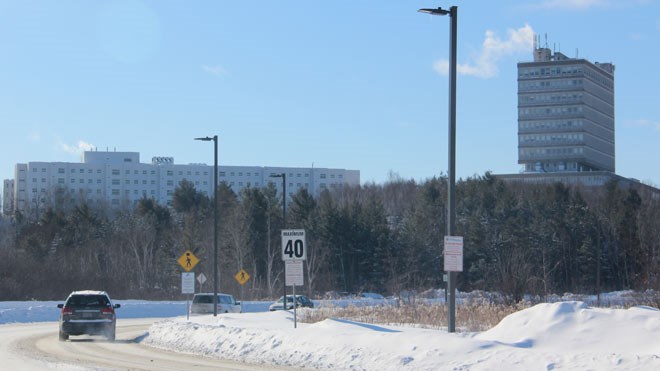 Laurentian University’s filing under the Companies’ Creditors Arrangement Act (CCAA) has been endorsed by the courts, meaning it now has until April 30 to come up with a restructuring plan after declaring it is insolvent earlier this month.

On Feb. 1, the university announced it has filed for creditors’ protection, a move considered unprecedented in the post-secondary sector.

In his endorsement, Morawetz signed the “amended and restated order,” which, among other things, gives Laurentian the go-ahead to borrow $25 million in Debtor in Possession funding to allow it to cover its costs through April 30.

The endorsement also extends the “stay period” until April 30 (meaning there can be no proceedings against the debtor organization, in this case Laurentian, while it plans how to get its house in order).

The order also gives LU the right to restructure its operations, and allows it to stop making payments to employees’ pension programs temporarily during the CCAA period and exempts it from replying to inquiries under the Freedom of Information and Protection of Privacy Act.

During the Feb. 10 court hearing, lawyers representing Laurentian’s staff complained that there has been a “sealing order” for letters written in late January between Laurentian and the province.

The lawyers called into question the need to keep these documents confidential, and the university’s argument that viewing them could prejudice Laurentian’s intended restructuring process.

DJ Miller, legal counsel for Laurentian, said the documents “reflect the commercial position of the university” and should not be released on the eve of the restructuring process, or at all.

In his endorsement, Morawetz appeared to agree with Miller and ordered the documents to remain sealed. He said detailed reasons behind his decision will follow.

Miller told the court this week the university has too many courses and too many programs taught by too many faculty for too many students, and needs to restructure.

The union representing Laurentian’s faculty, the Laurentian University Faculty Union (LUFA), said the CCAA is being used as an attempt to achieve concessions from faculty.

Charlie Sinclair, legal counsel for LUFA, said the union and its members have a “target on their back.”

The financial consultants Ernst & Young have been declared the court-appointed monitor of the university’s restructuring efforts.

Justice Sean Dunphy has been appointed the mediator of the process, basically working with stakeholders to do the background work it takes to restructure the university.