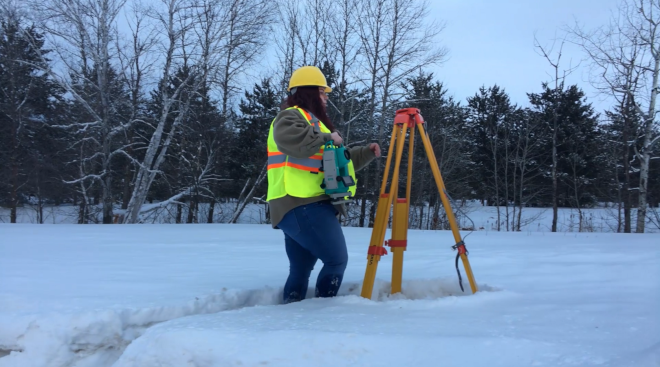 In a March 8 news release, the college notes that women make up half of the workforce, but only 29 per cent are in the science and engineering workforce. A 2016 study indicated 17.5 per cent of civil engineers are women.

“This could be because it encompasses both design and construction. Since construction is classified as a labour-intensive job, it is male dominated, but the profession is changing. We want to make sure that every girl who is interested in this field grows up knowing that she can do it. Everybody can do it.”

According to the Education Quality and Accountability Office (EQAO) standardized test in the 2016-17 academic year, only 49 per cent of girls in third grade in Ontario agreed that they were good at math compared to 62 per cent of boys.

The college asserts that young girls must be made to feel like they are suited for math.

“When I was in Grade 9 I never would have thought that I would be where I am right now even though I’ve always been good at math,” said Brooklyn Patey, second-year civil engineering technology student, in a statement.

Though always interested in the STEM fields, Patey felt there wasn't a place for her in those professions. She studied in the child and youth services program before realizing it wasn't the career for her.

“I want young girls to know that it’s okay to take shop classes and take math classes and work with your dad in the shop. When I was a kid I didn’t have that encouragement so I hope that I can give that to somebody else.”

Glavish adds that recruiting more women into the STEM fields brings a certain dynamic that makes the workplace better.

"Women bring great value to a project and the workplace as a whole.”