It was show-and-tell time for Canadore College in North Bay in opening the second phase of its innovation centre on April 29. The much-anticipated ICAMP 2.
May 2, 2016 7:47 PM By: Northern Ontario Business Staff 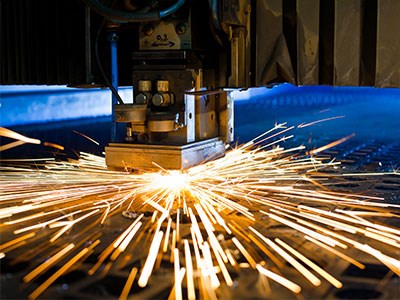 It was show-and-tell time for Canadore College in North Bay in opening the second phase of its innovation centre on April 29.

It was show-and-tell time for Canadore College in North Bay in opening the second phase of its innovation centre on April 29.

The much-anticipated ICAMP 2.0 facility is an expansion to the Innovation Centre for Advanced Manufacturing and Production (ICAMP), which originally opened its door in September, 2013.

In a news release, college officials said the first phase has celebrated significant success in creating a unique partnership arrangement in allowing area companies to conceptualize, design, prototype and improve or test new products for the market.

Since opening its doors in 2013, more than 200 companies have developed or refined new products and processes for more than 166 projects at the facility.

The college said ICAMP has created and maintained 107 industrial jobs in the region’s economy.

“ICAMP has been instrumental in assisting Three-H with the design of our new products,” said Roy Dittman, president of Three-H Furniture Systems in New Liskeard, who added the 3D printing of new components has allowed his office furniture company to pinpoint potential design issues.

“The result has been a better quality product, which we have been able to introduce in a shorter time frame and with less financial burden.”

“ICAMP is a hub where entrepreneurs and industry is matched to technology and expertise through applied research and enthusiasm,” said George Burton, Canadore president and CEO.