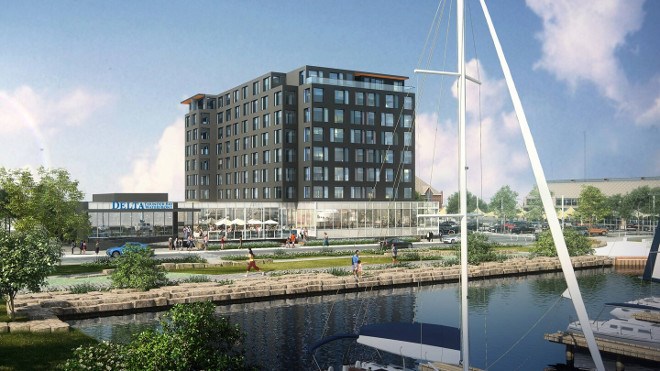 Local dignitaries and Winnipeg developers ReSolve Group cut the ribbon on the Delta Thunder Bay, May 2.

The eight-story building offers 149 guest rooms, restaurant, lounge and 6,500 square feet of meeting space. Construction on the hotel began in 2014 with the original opening slated for 2016.

But project ran into delays with litigation, property liens and a change of contractors.

The hotel is the crowning piece on the Prince Arthur’s Landing waterfront redevelopment project.

Back in 2012, the City of Thunder Bay transferred 2.3 acres of waterfront land to the ReSolve Group to build two condominium buildings – now open – and the hotel as part of the private investment portion of the renewal of the city’s north end Marina District.