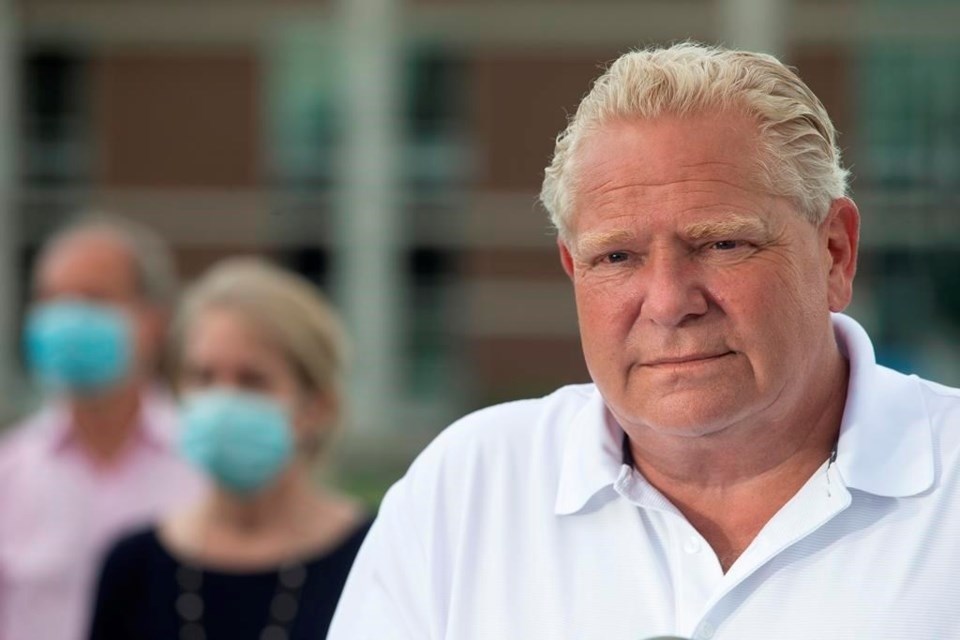 Premier Doug Ford said he’s on the federal government “like a dog on a bone” when it comes to securing reliable broadband internet access for all of Ontario – including in the North.

Prompted by a question from a listener, the premier made the comment during a Sept. 14 virtual town hall hosted by the Northern Ontario chambers of commerce.

“There’s no infrastructure project – no trains, no subways, no roads, no bridges – that is more important to the people of Ontario, especially in rural communities, than broadband,” Ford said. “It changes their lives.”

That includes in Northern Ontario, where service can be spotty in areas outside of the major urban cities.

The average download speed of participants in the study was just below 9 megabits per second (Mbps) and the average upload speed was just above 5 Mbps.

But in a digital economy, where people use the internet for everything from business to telemedicine to online learning, 5 Mbps is not nearly fast enough to keep up.

It’s a privilege that residents in the southern part of the province tend to take for granted, Ford suggested.

If someone in Toronto were to suddenly lose their high-speed internet access, “there would be riots on the street,” Ford said.

“Why should people in the North be punished?” Ford asked.

The need for broadband has only been enhanced over the last six months since the COVID-19 pandemic arrived in Canada, Ford suggested, especially now with the recent start of the school year when more children are staying at home to study online.

In consulting with the CEOs of large internet service providers (ISPs) like Rogers and Bell, Ford said, they’ve suggested it would cost anywhere from $10 billion to $15 billion to install the infrastructure required to ensure internet access for the whole province.

But Ford said this doesn’t have to be achieved in one fell swoop; rather, it can be done one- or two-year increments.

He cited the province’s $315-million Up to Speed program, announced in Budget 2019, which is designed to support shovel-ready projects, aiming to expand broadband access to up to 220,000 homes and businesses across the province.

But despite the province’s enthusiasm and commitment to this priority, Ford said the federal government has to also be a willing partner in order for universal broadband access to become a reality.

“If we've gotta do it alone, we'll start moving with public-private partnerships, but we need the feds,” he said. “There's no region in all of Canada that can do this without federal support.”

Louder voices needed for faster internet service
Sep 14, 2020 1:00 PM
Comments
We welcome your feedback and encourage you to share your thoughts. We ask that you be respectful of others and their points of view, refrain from personal attacks and stay on topic. To learn about our commenting policies and how we moderate, please read our Community Guidelines.