Navigation app breaks down barriers for the visually impaired

The AccessiBuild indoor navigation system will be launched in January 2020
Jan 7, 2020 11:00 AM By: Colleen Romaniuk 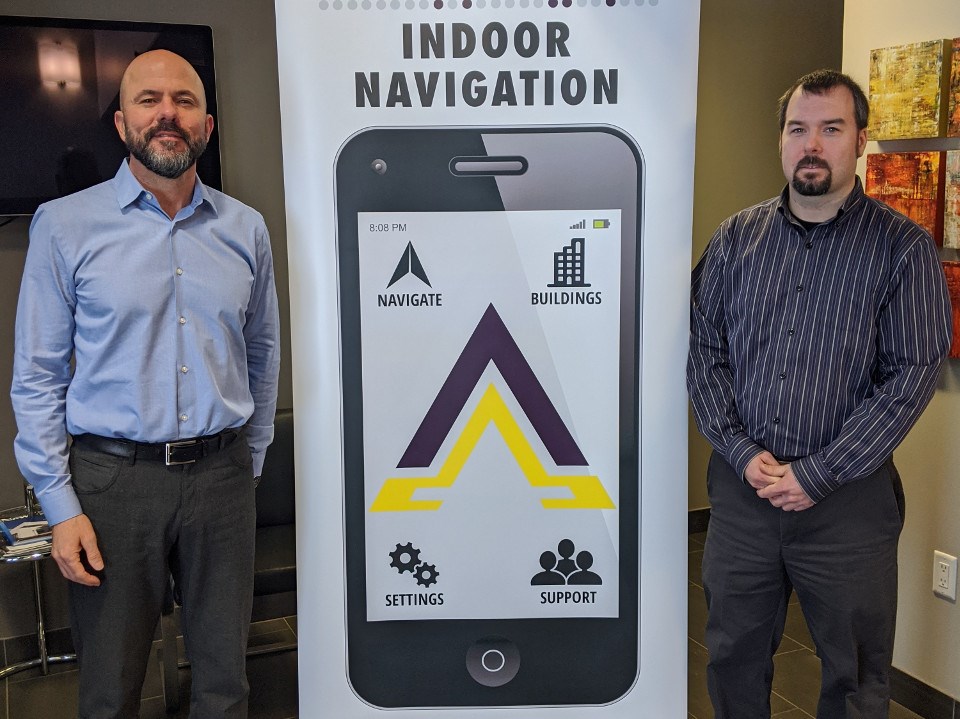 Jeff Godfrey is doing his best to ensure a barrier-free Canada.

The general manager of Y4U Technologies in North Bay has created a platform to solve the issue of building accessibility for those who are blind or partially sighted.

He discovered that high unemployment rates and low incomes are persistent problems among this demographic. One of the reasons for this is inaccessible workplaces.

After Bill C-81 was passed in June 2018, Godfrey took a closer look at the accessible building models currently available to the public. He realized that he had the chance to create something, using a sustainable development model, that would address the problem that exists with building navigation.

"I saw an opportunity to innovate on the existing information and technology that we had to have a positive social impact," said Godfrey.

Working with his employer, SRP Building Products, Godfrey and his business partner, Marc Rayner, started to develop AccessiBuild, an indoor navigation system geared towards the visually impaired, in 2019.

The team uses architectural software to create detailed digital maps of physical spaces. The maps are then uploaded onto the platform and made available for download.

Anyone who downloads the mobile app on their phone can access the blueprints.

Although the creators are targeting those with visual impairments right now, anyone can use it.

They hope to continue to adapt the software in the future for other demographics, including people who use wheelchairs or speak other languages.

Distance and bearings measurements can be customized to suit the user's needs.

For example, the app can tell the user how many steps to take to the next door, and whether they should orient themselves left or right.

Using SRP's LiDAR technology, which uses light detection and ranging, the company builds 3D models of spaces that are accurate up to three millimetres.

The end product is a streamlined app that makes navigating indoor spaces much easier.

The company's goal is to practice sustainable development. In other words, they want to create technology that will have a positive impact on the world socially, economically, and environmentally.

AccessiBuild is meant to be less cumbersome and expensive than existing technologies on the market.

3D models of physical spaces produce huge data sets which need to be converted and compressed to be useful to someone without access to architectural software.

Godfrey and Rayner have sought to simplify the process.

AccessiBuild is free to use, which is important for those without much disposable income. Buildings will pay an initial fee to have their layouts mapped.

The company has been working with various organizations and local users to test the platform.

Brian Bibeault, committee chair of the Municipal Accessibility Advisory Committee in North Bay, has been acting as the company's main tester, providing valuable feedback and guidance throughout the development process. CNIB Sudbury's program lead for accessible technology, Victoria Francis, has also been on board.

Godfrey has built nothing into the software that they haven't approved first.

“I can't imagine the difficulties that they have as a sighted person,” said Godfrey. “We've had to make adjustments, but the feedback has been very positive and encouraging.”

The company has also opened up testing to tech trainers in the Canadian Council of the Blind.

The software will be launched on Jan. 10, 2020 at 176 Lakeshore, Co-Working Offices, which also happens to be the first AccessiBuild-enabled building on the platform.

The commercial space is “very inclusive and community-oriented,” so Godfrey figured it was a great place to develop this kind of software.