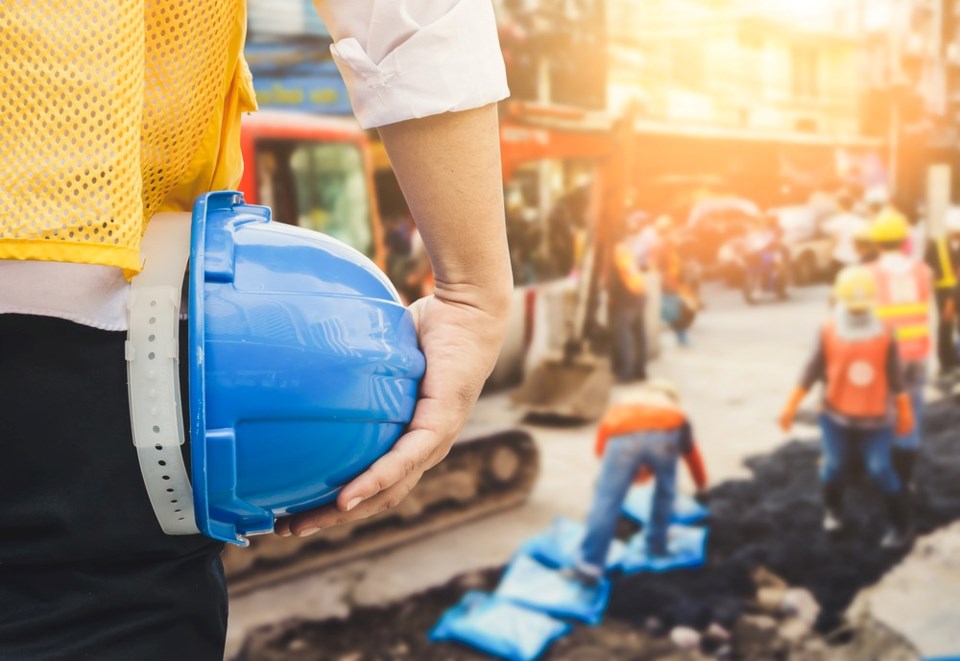 Sudbury's Sofvie has developed a workplace risk management platform to mitigate hazards and give workers the tools they need to communicate. (Supplied photo)

According to Gus Minor, “weird stuff happens” during the full moon.

This might sound strange coming from the chief innovative officer of a Sudbury software and analytics company, but when Sofvie Inc. began developing a risk management platform, the data spoke for itself.

They discovered that workplace incidents seem to wax and wane according to the lunar calendar.

What was going on?

“We started analyzing data from 2017 and 2018, and it matches up very well,” said Minor. “I wouldn't say it's a direct correlation, but they happen to cross each other a lot.”

They also discovered that workplace accidents tend to spike during a change in seasons. With the proper protocol, it's possible to offset these trends.

“When we tried to amplify our activity a little bit at Technica Mining, and become more aware, we were actually able to go through, I think, six full moons in a row without anything happening.”

Whether they are trying to mess with the forces of nature, or just tapping into some as-yet-to-be-discovered influence, Sofvie's goals are to help companies minimize workplace risk and to create an environment where everyone can go home safely.

Sofvie started out in 2008 as an idea to give front-line workers a quick and easy reference tool on the job.

Inspired by an employee, Mario Grossi, CEO-president of Technica Mining, a Sudbury mine contracting firm, approached Minor about whether he would come on board and help bring electronics to the mine face.

Minor started working for Technica in 2009.

“At the time, it wasn't very clear how we were going to do this because the technology was just kind of starting to get formulated and it was still in the realm of the not-possible at that point,” said Minor.

Once tablets became more affordable and a lot more software opportunities opened up, their vision solidified.

They started to develop the Enterprise Risk Management System, consisting of a mobile app and web platform meant to give workers the tools they need to communicate with each other effectively, and manage hazards in the workplace.

The platform has a number of features. Users will be able to access their daily lineup from anywhere, so planning can happen before they even get to work.

They have access to a list of open hazards and incident reports, the forms they need for pre-tasks and workplace inspections, training histories for every employee in the field, and more.

Workers can upload photos and other data to the platform, and when they get above ground, their tablets sync. Essentially, everyone has access to real-time data relevant to their jobs.

The software enhances worker safety by facilitating communication between employees. It also motivates and empowers workers to be proactive when it comes to health and safety.

“How often have you heard someone say, 'I told those guys a thousand times this was going to happen, and look, now it happened,'” said Minor. “With this tool, the worker can feel that they are a part of the whole master plan of the company.”

It also motivates employees by gamifying safety and offering small incentives. Workers can flag each other with positive identifications for a job well done.

Sofvie plans to launch their new software in May, and expects to add more features over time.

For example, they would like to introduce wearable technology that can measure a worker's heart rate, heat stress, or blood oxygen levels in order to identify physical risks that might not otherwise be communicated to a supervisor.

They are currently working with Cambrian College's R&D department on the wearable device, and are being mindful of maintaining worker privacy.

Sofvie office in Lively, a suburb of Sudbury, currently employs 23 people. The company remains on the hiring hunt and is willing to accommodate remote workers so as to access a wider talent pool.

Minor said that while Sofvie is currently focusing on the mining industry, the platform is applicable in other sectors. They have been approached by organizations and companies in health care and forestry.

Big data doesn't only present an opportunity to mitigate workplace hazards, but also to better understand them.

“It's a matter of finding out how and why that happens,” said Minor. “If Google is able to predict when you're going to buy your next snowblower through the Google search bar, then with enough data, we should be able to predict when the next workplace incident will occur.”

Sofvie's next challenge is to measure all of the incoming environmental, wearable, and field data, and to dissect why certain times of the year seem critical when it comes to safety and risk management.

Until then, keep the lunar calendar on stand by.

GoldSpot Discoveries takes a deep dive into data mining
Jan 9, 2020 8:00 AM
Comments
We welcome your feedback and encourage you to share your thoughts on this story. We ask that you be respectful of others and their points of view, refrain from personal attacks and stay on topic. To learn about our commenting policies and how we moderate, please read our Community Guidelines.