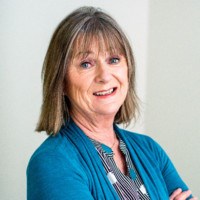 Patricia Forrest of Kakabeka Falls, a long-time champion of tourism in Northern Ontario, has been recognized with a Lifetime Achievement Award from the Tourism Industry Association of Ontario (TIAO).

She currently serves as the senior coordinator of partnerships and initiatives with Destination Northern Ontario, the advocacy group representing tourism operations across the North.

Her past roles have included marketing manager at Fort William Historical Park and manager of Thunder Bay Tourism.

After working as an independent economic development and tourism consultant, she joined Destination Northern Ontario in 2013.

Since then, she has implemented initiatives including bilingual wayfinding projects that make navigating around Northern Ontario easier and food tourism development initiatives that promote local cuisine.

Forrest was among a handful of Northern Ontario entities recognized during the event.

• Indigenous Tourism Ontario and Destination Ontario, which jointly received the Culinary Tourism Leadership Award. This partnership developed a strategy and tools that will lead the way for culinary tourism product development and tourism experiences in northern Ontario;

• Jim Marchbank, former executive director for Science North in Sudbury, who received the Tourism Champion of the Year.

“Northern Ontario continues to produce strong tourism products and partnerships and will use this positive momentum to continue addressing the ever-changing needs of our industry in the face of our new challenges and reality," he said.

Manager passionate about giving opportunities to people at their 'lowest in life'
May 4, 2021 9:00 AM
Comments