'I refuse to have our new business and others in the downtown core fail because people just keep shrugging their shoulders'
Oct 14, 2020 11:00 AM By: Stu Campaigne 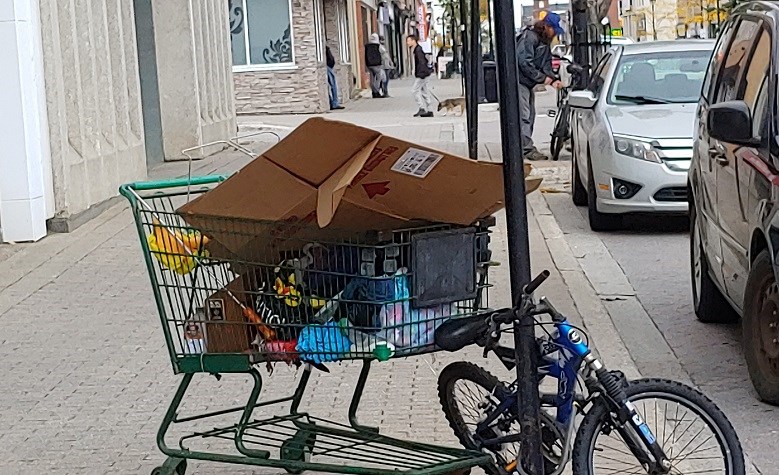 North Bay city council's mandate to grow – and its positioning as a business-friendly haven – is being called into question as two of the city's newest residents lament their decision to set up shop downtown.

"I have reached out to everyone I can think of to get some assistance with this problem or to offer at least some comforting solutions and what I have been met with time and time again is a defeatist attitude," said Main Street West business owner Jane Kelly during an Oct. 13 presentation to council.

She continued with, "They say, 'It's the same thing everywhere right now and there's really nothing we can do about it.' That, in my opinion, is unacceptable, and I refuse to have our new business and others in the downtown core fail because people just keep shrugging their shoulders."

The entrepreneurial dreams of the owners of the new downtown spin cycle studio REVolve have deteriorated into nightmares in a few short months and partners Kelly and David Barrie are seeking answers from municipal politicians on what can be done to save the business and downtown as a whole.

"I am appalled but, more than that, I am scared," Kelly asserted. "And I will tell you that the majority of your constituents that I have spoken to, and there have been a lot, are also scared and disgusted at what is going on in this city."

She told council in the virtual presentation how moving back to North Bay in June after 34 years away living in Ottawa has been like living in "an episode of The Walking Dead," due to their interaction with addicts and homeless people congregating, using drugs, and urinating near their Main Street West business – often in broad daylight.

"They are everywhere, not just downtown," Kelly added. Since moving back in June, she says she has contacted the police "no less than 10 times" to seek help with the homeless and the addicts she has come across in different areas of North Bay.

She says she has encountered "someone shooting heroin right behind our studio while his buddy was firing up the meth pipe at 11 a.m., one man screaming obscenities as he kicked garbage cans all down Main Street," as well as two men in sleeping bags she had to ask to move from in front of the studio at 4:30 in the afternoon, "and most recently a very combative man screaming all afternoon in the alley beside our studio."

Kelly then relayed a recent experience with a man interrupting their outdoor spin class. Police were called to deal with the situation. Kelly admitted to being "scared for the first time" since returning.

"As new business owners, this is frightening and overwhelming to us, as many of our clients will be young women," advised Barrie. "If they experience what we have experienced in the past few months, our business is guaranteed to fail."

Besides evident social issues such as homelessness, drug addiction, and criminal behaviour on display in North Bay's downtown, merchants and business owners have faced a slew of challenges, ranging from competition from box stores and online shopping outlets to the still unknown toll the pandemic will have on retail businesses, restaurants, and bars.

Kelly, who told council she has experience working as a front-line worker with social services and ODSP, shared while living in Ottawa for decades, "not once was I afraid to go out and not once did I ever witness the likes of what I'm seeing here."

Barrie observed public safety is a city and police matter.

Kelly, whose father, former city councillor Jim Kelly, played a large role in downtown's revitalization in the 1980s, concluded the presentation with, "It's time for all of us to stop sitting on our hands and to come up with some constructive solutions to help clean this city up so that our businesses can once again thrive and we no longer have to be afraid to walk down Main Street.

"I'm doing this, not just for me, but for my dad and for his legacy."

Cohesive, consistent message needed to market the North to newcomers
Jan 18, 2021 9:00 AM
Comments