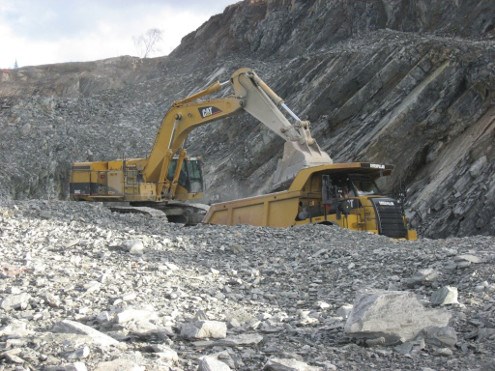 Third quarter gold production at Wesdome Gold Mines’ Eagle River Complex was up 29 per cent over the previous quarter.

The company announced Oct. 12 that the combined production at the northeastern Ontario operation was 15,667 ounces, up from 12,147 ounces processed during the second quarter.

Wesdome operates the Eagle River Complex, near Wawa, which consists of the Eagle River and Mishi Mines. At Mishi, ore milled was 37,660 tonnes at a head grade of 2.33 gpt to produce 2,474 ounces of gold.

The Eagle River mill averaged 873 tonnes per day for the quarter with mill recoveries at 95.6 per cent for Eagle and 87.7 per cent for Mishi, a two per cent improvement in recoveries in the last quarter.

"The strategy to re-sequence underground development to ensure a better production grade profile going forward at the Eagle River Mine is yielding positive results, demonstrated by improved grades and ounces produced during this quarter,” said Wesdome CEO Duncan Middlemiss in a statement.