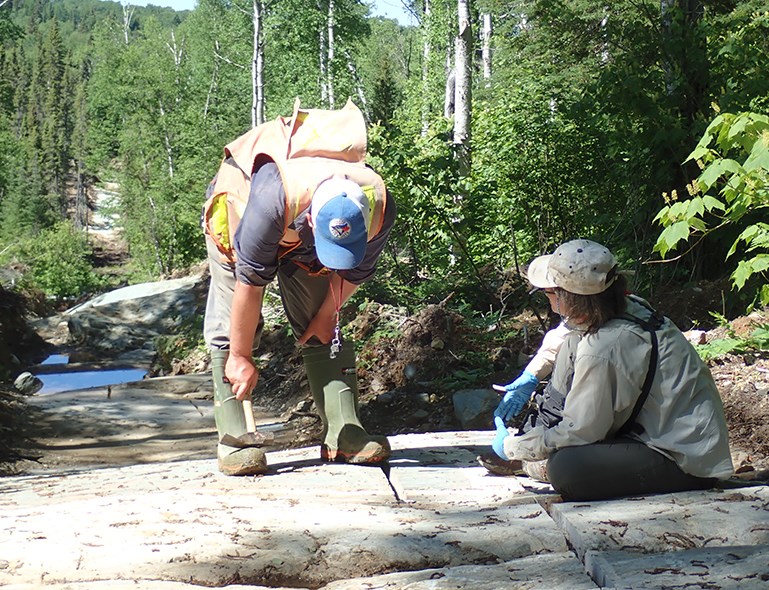 Sudbury's Manitou Gold is expanding its footprint in the Wawa gold camp.

The Sudbury junior miner is acquiring the Shihan property, next to the company's Goudreau Project, from some private vendors.

The transaction will enlarge Manitou's holdings in northeastern Ontario to 340 square kilometres. Manitou will issue 1,400,000 common shares to the vendors.

The area, about 70 kilometres northeast of Wawa, has been extensively explored and drilled every decade by several companies since the late 1930s. It's known to have a zinc belt stretching over 20 kilometres.

In a June 9 news release, Manitou said previous exploration around Shihan has focused on base metals but there's also been significant showings of gold, which has not been followed up and remains to be interpreted in a regional sense.

This spring, Manitou has been drilling and releasing gold results from the Rockstar Vein at Goudreau.

Between 2017 and 2019, Manitou staked 22,500 hectares (55.6 square kilometres) of land between Alamos’ Island Gold mine, Argonaut’s Magino deposit and the former Renabie Mine in a rapidly expanding gold district.

The company has also a number of exploration properties in the Dryden area of northwestern Ontario.