Vale will raze Stobie Mine headframes, outbuildings this fall 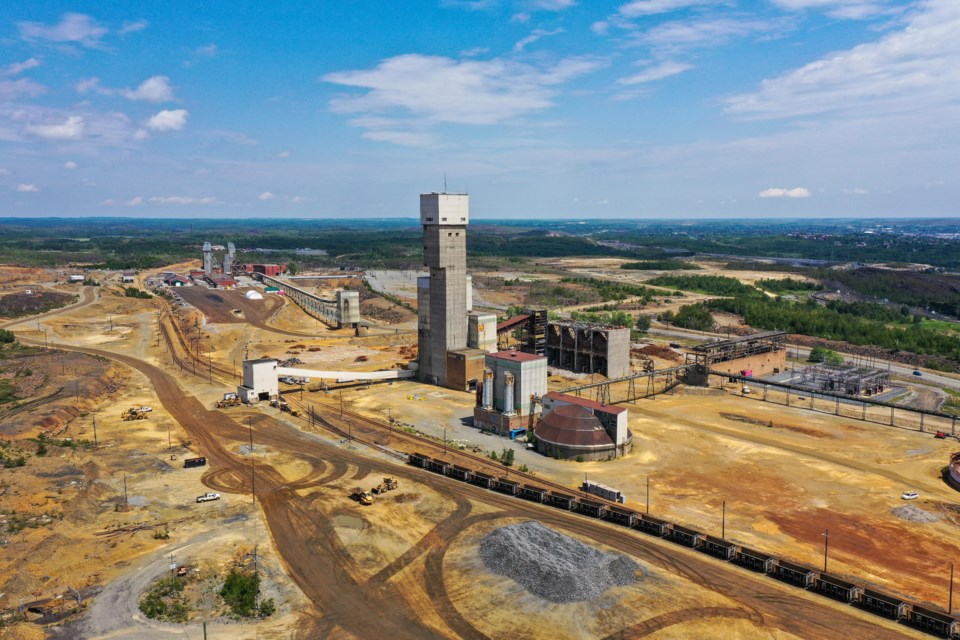 Vale said it will demolish the Stobie Mine headframes and associated buildings in the coming months. (Concrete Pictures Inc. photo)

Vale will close a chapter of Sudbury’s storied mining history this fall.

The company has announced plans to remove the headframes and associated buildings at the site of Stobie Mine, which has been on care and maintenance since 2017.

“The aging headframes are being demolished to reduce maintenance costs and pave the way for potential new development currently being studied at the Stobie Mine site,” said Patrick Boitumelo, head of mining and milling for Vale’s North Atlantic Operations, in an Oct. 13 news release.

Slated to take place between mid-October and mid-December, the work will include dismantling all three Stobie headframes, as well as Shafts Seven and Eight, which will come down starting Oct. 13, and Shaft Nine, which will be “blasted down” the week of Nov. 9, the company said.

Vale said some buildings have already been removed – the crusher plant, mill and hoist building among them – and more are scheduled for demolition.

In more than 120 years of production, Stobie produced more ore than any other mine in the history of Sudbury, according to Vale.

Stobie began as an open pit operation in 1890. Underground operations started in 1914. With more than 375 million tonnes produced over the years, more ore has been mined out of the Frood-Stobie complex than any other mine in the Sudbury Basin.

The company announced it was putting Stobie’s operations on care and maintenance in March 2017, citing low metal prices and declining ore grades for the decision.

“This is a necessary decision but a sad one,” said Stuart Harshaw, speaking at the time as Vale’s vice-president of Ontario operations.

“Stobie has a rich history and has been integral to our success for more than a century. However, after more than 100 years of operation, the mine is approaching the end of its natural life. The low grades at Stobie are no longer economical to mine in today’s challenging price environment.”

Vale said the demolition work would have minimal impact to the community.

The construction site will be closed to the public.