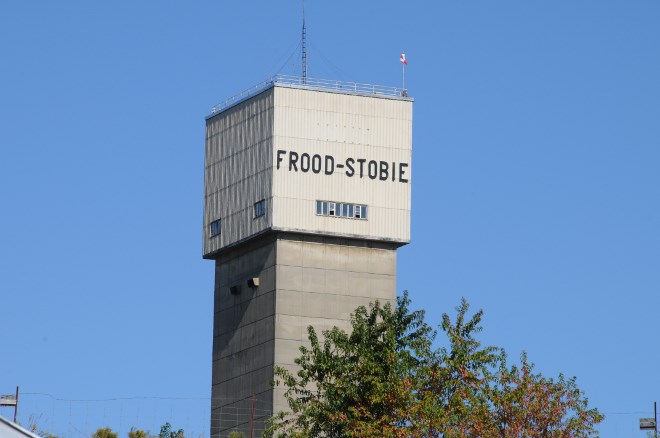 News that Vale is putting Stobie Mine on care and maintenance is “devastating” for 230 of its unionized workers, but it’s still too early in the process to determine what the impact of a shutdown will really mean, said Rick Bertrand, president of United Steelworkers Local 6500.

Vale announced the shutdown early this morning, citing low nickel prices and the non-profitability of Stobie’s low-grade ore as reasons behind the decision. No date or timelines were given for the rollout.

Bertrand suggested ongoing seismic activity at the mine could also have played a role.

“It’s a low-grade mine and with that seismic activity, I think that’s probably what put it over the top, I’m thinking,” he estimated. “It’s a health and safety issue, and there’s still some seismic activity going on now.”

Bertrand said Stobie employees were delivered the news Friday morning by Vale officials before the decision was made public, a courtesy he applauded.

But the announcement didn’t come entirely as a surprise for workers, who are well aware of the mine’s low nickel grades and slumping nickel prices, he added.

“There's been a lot of talk about it, so I don't think it comes to a surprise, but you do get that shock when you do find out,” Bertrand said. “It's devastating news, of course, when there's a mine closure and it affects over 200 people, so definitely bad news."

The company said the decision would likely result in some job loss, but Bertrand said the union would aim to retain as many jobs as it could.

That could mean pension offers for some workers, while others could displace contractors currently working on site, as outlined the collective agreement.

Still others could be reassigned to one of Vale’s other operating mines: Coleman Mine, Totten Mine and Copper Cliff Mine, Bertrand said, nothing there could be opportunities for workers to move to South Mine, which Vale plans to reopen.

“It’s too early to tell, really, so I think right now they’re just giving everybody a heads up on what the plans are, but we don’t have true numbers on how many people it’s going to affect,” he said.

“For me, I’m hoping to save as many jobs as we can, and I’d rather have a pension offer and try to save our young workforce.”

Beyond Stobie, there are additional unionized workers that will soon be looking for work. There is already a surplus of 35 to 40 workers at the Copper Cliff smelter, following the completion of Vale’s Atmospheric Emissions Reduction (AER) project, which reduced the number of operational furnaces to one.

Despite the news, Bertrand said the mood of the membership is surprisingly “not bad.” Mostly, Local 6500 members have a lot of questions about exactly what “care and maintenance” will mean.

“Care and maintenance could be a lot of things,” Bertrand said.

“Do they want to flood the mine and just care for it that way, or do they want to keep the mine open and just maintain it. There’s different ways of closing a mine,” he mused.

“With the nickel prices being where they are, I don't see that, but there's still answers that I don't have right now at this time.”

Bertrand estimated the transition process would begin shortly, and said the union and the company would likely start talking Monday to begin planning meetings.

Low metal prices and declining ore grades were factored into Vale’s decision to suspend operations at its Stobie Mine in Sudbury.

The nickel miner announced March 10 that the mine was being placed on care and maintenance later this year.

Approximately 230 employees will be affected.

“While efforts will be made to minimize impacts on people, Vale indicated that the decision will likely result in workforce reductions,” said a Vale news release.

No specifics were provided by the company on the timelines to transition to care and maintenance.

Vale said a transition team will design and guide the process for Stobie in accordance with the requirements of existing collective agreements.

The company said the mine’s future has been under review for some time citing metal prices, “ongoing market challenges, and recent seismic activity that restricted production below the 3,000-foot level.

“This is a necessary decision but a sad one,” said Stuart Harshaw, Vale’s vice-president of Ontario operations, in a statement. “Stobie has a rich history and has been integral to our success for more than a century. However, after more than 100 years of operation, the mine is approaching the end of its natural life. The low grades at Stobie are no longer economical to mine in today’s challenging price environment.”

In more than 120 years of production, Stobie produced more ore than any other mine in the history of Sudbury, according to Vale.

Stobie began as an open pit operation in 1890. Underground operations started in 1914. With more than 375,000,000 tonnes produced over the years, more ore has been mined out of the Frood-Stobie complex than any other mine in the Sudbury Basin.

The suspension of operations at Stobie will result in a reduction of approximately 4-6 kilotonnes of nickel and 5-8 kilotonnes of copper production annually.

“Vale is committed to our future in Sudbury,” said Harshaw. “Over the past decade, we have invested $4.7 billion to modernize and upgrade our operations. In this prolonged period of uncertainty in the base metals market, we will continue to monitor economic conditions very closely and make disciplined operational decisions in the best long-term interests of our company, our employees and the community.”

New Sudbury arena project gets its day at provincial planning tribunal
Sep 16, 2020 4:00 PM
Comments
We welcome your feedback and encourage you to share your thoughts. We ask that you be respectful of others and their points of view, refrain from personal attacks and stay on topic. To learn about our commenting policies and how we moderate, please read our Community Guidelines.