Timmins nickel project could be a 25-year producer 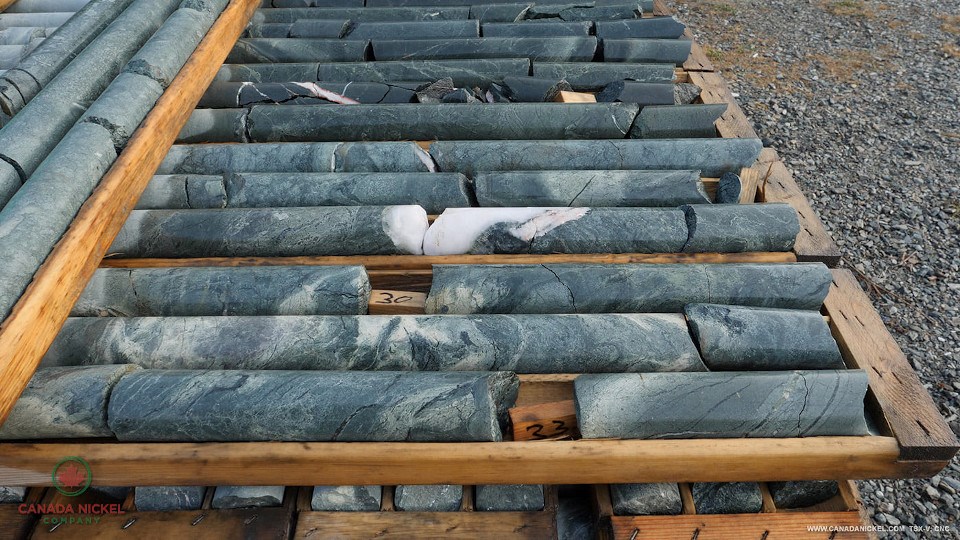 Canada Nickel Company said its Crawford project has enough resources in the ground, north of Timmins, to be a globally important open-pit mining player for at least 25 years.

The Toronto junior miner released a preliminary economic assessment (PEA) for a proposed US$1.9-billion operation involving two separate pits with a scalable processing plant that could grow to a 120,000-tonne per day operation.

They're also talking about using electric and autonomous vehicles and equipment to reduce the amount of diesel consumed and minimize their carbon footprint.

With only a "fraction" of Crawford's resource potential included in the PEA, company CEO and chairman Mark Selby fully expects his project can be "one of the largest nickel sulphide operations globally," producing 1.9 billion pounds of nickel over that quarter-century span.

The Crawford Project is 42 kilometres north of Timmins, sitting within Crawford and Lucas Townships. It's accessible by highway and is close to the local power grid.

The company is looking at Crawford as being comprised of two separate pit operations, beginning with drilling, blasting and hauling away mineral in the Main Zone and then switching over to the East Zone by year 17 when resources in the Main Zone became depleted.

Right now, the cobalt and platinum group metals found on the property don't appear to fit into their plans as Canada Nickel has "chosen a stainless steel path" which currently provides the most value to the company.

The company has set its sights on signing off-take agreements and securing financing from those involved in electric vehicle manufacturing and servicing that supply chain. They expect discussions with those companies to pick up now that the PEA is out there.

"We are focused on delivering the next generation of nickel and are pleased that this PEA demonstrates the robust economics of our flagship Crawford project," said Selby in a news release.

"The PEA, utilizing just a fraction of our resource potential, demonstrates that we expect to be one of the largest nickel sulphide operations globally, producing 1.9 billion pounds of nickel over a 25-year period with net cash costs of just over $1 per pound," he said.

"Our current focus on the stainless steel market allows us to fully utilize the substantial by-product value for the contained iron and chrome, placing us on the lower end of the cost curve. I am very proud of our team for delivering these results in just over 20 months since our first drill holes and I look forward to continuing to unlock the district scale nickel potential of the Timmins region."

With the PEA now published, Canada Nickel is moving to a more detailed feasibility study, due out the middle of 2022.

From the marketing side, Canada Nickel is playing up the minimized carbon and environmental footprint of the mine.

On the equipment side, the PEA envisions Crawford using 700-tonne class electric-powered hydraulic excavators loading ore into 290-tonne autonomous trucks that will use trolley assists on uphill hauls. Material that's considered overburden, and won't require drilling and blasting, will be loaded and hauled out with a mix of 45-tonne, 90-tonne and 290-tonne trucks.