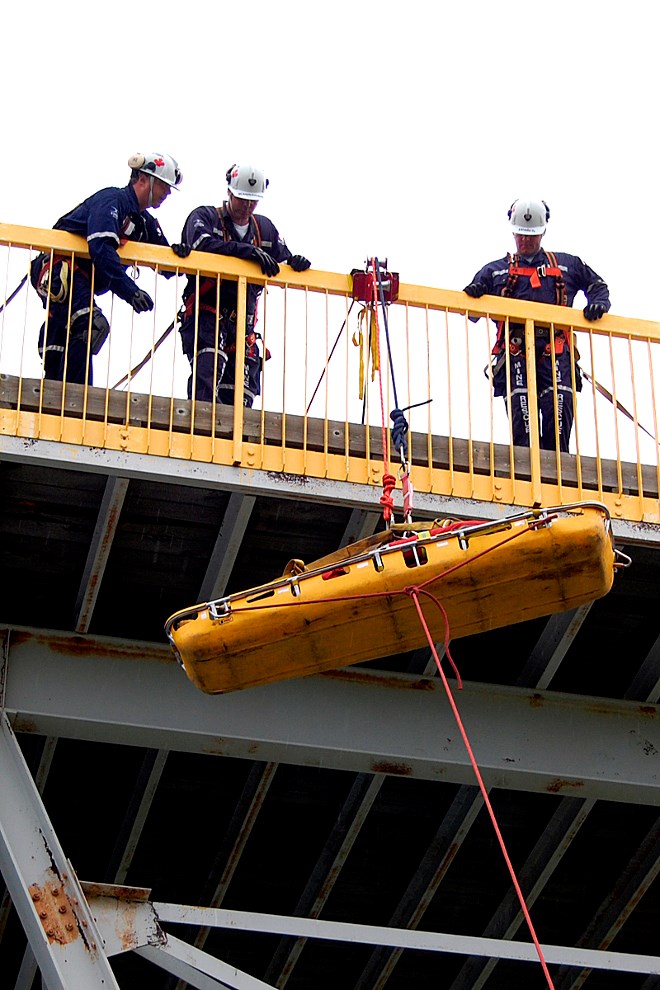 Mine rescue volunteers from Tahoe Resources were declared the overall winners during the 69th annual Ontario Mine Rescue competition in Matachewan this week.

Coming in second place was the Vale Canada East Mines team, which was the championship from the Sudbury District. The team took home two additional awards for team firefighting and team first aid.

During this week’s event, seven teams from across Ontario, selected in district competitions, and one team from Ireland were evaluated on their knowledge, firefighting skills, first aid response, use of emergency equipment and decision-making ability under stress in an underground simulated emergency at Alamos Gold’s Young-Davidson Mine.

During the two-day event, teams responded to a series of emergency incidents, including building a barricade and using high expansion foam to extinguish a mine fire, and using rope rescue rigging to assist an injured and unconscious miner approximately 80 feet down a mine shaft.

Mine rescue competitions, which started in 1950, are as much intensive learning opportunities as a chance to test emergency response capabilities. The competitions ensure that mine rescue volunteers across the province are trained to the same high standards.

Mine rescue team members, the backbone of Ontario Mine Rescue, are volunteer mine workers trained by mine rescue officers to respond to all types of mine emergencies including fires, explosions and falls of ground.

Ontario Mine Rescue is a part of Workplace Safety North, which provides products and services to promote workplace health and safety in the mining, forestry, and paper, printing and converting industries, as well as workplaces across Ontario.