Timmins gold assets no longer for sale by Pan American 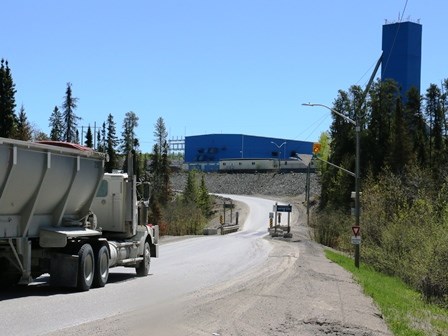 The plan to sell off the Bell Creek and Timmins West gold mining operations has been pulled off the table.

Pan American Silver, which owns the gold properties formerly known as Tahoe Resources in Timmins, had described the properties as “held for sale” in its previous quarterly report.

Both properties, which were part of Tahoe Resources (originally Lake Shore Gold) were sold to Vancouver-based Pan American Silver earlier this year in a US$1.07 billion cash and stock deal. Company officials said at the time that the gold properties were not deemed to be part of the core assets for Pan American, which is known as one of the world’s largest silver mining companies.

In revealing its third-quarter financial results and discussing the gold assets during an investor’s conference call on Nov. 7, it was revealed that the Timmins properties are no longer on the selling block.

“As a result, the Timmins assets and liabilities are no longer presented separately on the company’s Sept. 30, 2019 balance sheet and the net income generated by Timmins for the three and nine-month are reflected on the company’s income statement in the normal course,” said Steinmann.

He later added that Pan American’s gold properties in general, which include the Shahuindo and La Arena properties in Peru, had a 27 per cent decrease for the all-in sustaining costs (AISC), which Steinmann termed as “very positive” news.

He added that one of the biggest cost savings came with the completion of the new shaft at the Bell Creek Mine, which went into operation earlier this year.

Chief operating officer Steve Busby also commented on the call saying the new shaft “has performed better than we expected.” He said the expectation now is lower operating cost and better productivity from that operation.

“As Michael (Steinmann) mentioned, we are very happy with the cost structure, the costs that are coming out of that whole operation between Timmins West and Bell Creek.”

He said that was proven by the AISC figures for Timmins showing $1,026 per ounce.

“If you compare that to Q3 under Tahoe last year, we are 20 per cent below that; albeit with a little higher grade, we are still, like, 12 per cent to 15 per cent lower on a cost-per-tonne basis,” said Busby.

He added this gives the company a better picture with regard to the life-of-mine economics, suggesting the Timmins mines could be operating a bit longer than originally expected.