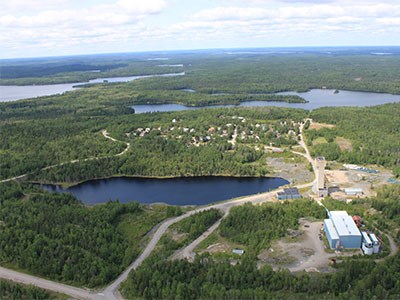 A preliminary economic assessment (PEA) prepared for Pure Gold Mining forecasts a 6.5-year mine life for its Madsen Gold Project at Red Lake.

The pre-production capital costs are pegged at $20.1 million with a 12-month pre-production phase. The operating costs over the life of the mine are estimated at $39.2 million.

A PEA is considered preliminary in nature and includes inferred mineral resources which are speculative and have demonstrated any economic viability.

“The base case PEA provides an ideal foundation for targeted growth as we look to expand the potential economics through an accelerated exploration program,” said Darin Labrenz, Pure Gold president-CEO, said in an April 20 statement.

Located just southwest of the town of Red Lake, the company’s property is host to two past producing mines, including the Madsen Mine which produced 2.4 million ounces of gold.

Madsen has a long history of high-grade gold production, operating for 36 consecutive years from 1938 to 1974.

The property contains a mill, a 1,275-metre deep shaft, 24 levels of underground workings, a headframe, and a tailings facility, all with road and power connections.

The study describes an underground mine operation using the existing mining, milling, and tailings infrastructure.

The mine plan includes further development of the ramp to a depth of 600 metres to access the upper 12 levels of the mine.

“It provides a blue print for expansion, and our primary focus now is on mineral resource growth near the historic mine site with a view to increasing the existing resource and enhancing the robust base case economics,” added Labrenz.