Sage Gold greenlighted on mine restart 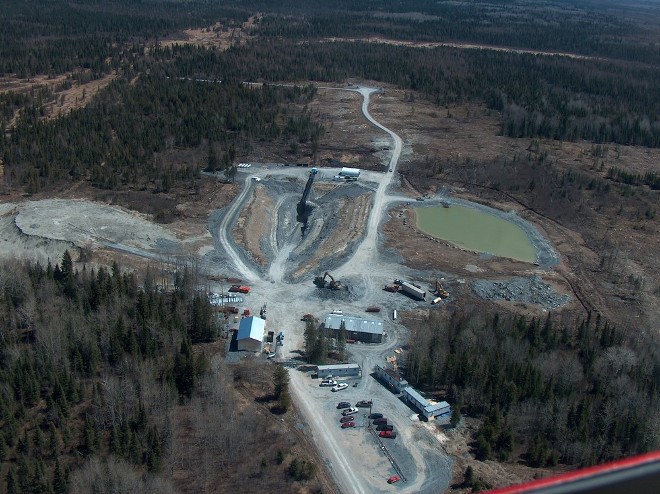 Sage Gold has been permitted to begin production at its Clavos Gold Project, northeast of Timmins.

The Toronto miner announced Oct. 31 that it has received notification that the Ministry of Northern Development and Mines to move into mine production and development with the goal of producing up to 700 tonnes a day

Located 20 kilometres from Goldcorp’s Hoyle Pond Mine, Sage has clearance to start dewatering at the past producing mine, which was mined intermittently from mid-2005 to mid-2007.

According to an investor presentation from last September, Sage expects to begin production in the third quarter of 2017.

The deposit comes with an underground ramp down to the 300-metre level, with levels developed every 25 metres.

The company plans to update that reserve estimate and start a pre-feasibility study on Clavos.

Less than a week ago, Sage signed a deal to acquire the remaining 40 per cent of Clavos from St. Andrew Goldfields, a subsidiary of Kirkland Lake Gold, in exchange for $1 million cash and a two per cent net smelter return royalty.

"This change of project status is a very significant development for Sage,” said company president Nigel Lees in a statement, “and…is a major milestone towards completing the previously announced financing package of $11.5 million to fund the restart of Clavos. We expect to close the equity portion of $1.85 million in early November followed by the gold prepayment funding of $9.65 million by the end of November."