Record gold production at the Sugar Zone Mine 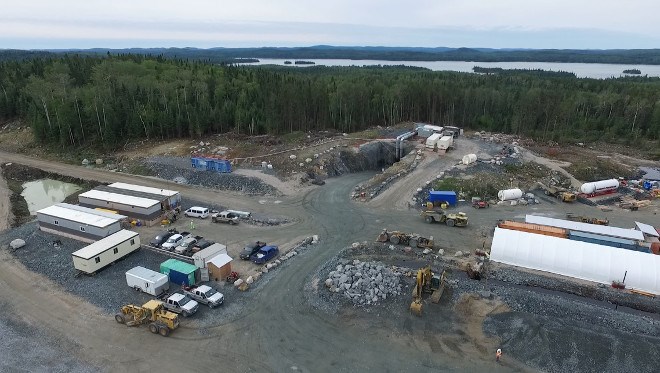 Harte Gold’s Sugar Zone Mine posted its best quarter of gold production in its short history.

In releasing its first quarter results on April 17, the Toronto-based mid-tier miner said its now-mothballed White River operation recorded 8,597 ounces for the first three months of this year. That’s up seven per cent from last year’s fourth quarter and 42 per cent better than the third quarter.

The company mined 51,705 tonnes of ore during the quarter, yielding an average grade of 5.50 grams per tonne.

The pandemic pushed Harte into suspending mining operations in late March. Senior managers are working on a plan to resume operations once a restart decision is made.

The company expects to enter into a higher grade production area of the always-expanding mine later this year which should be impactful on gold production.

In their remarks, management seems pleased with all critical performance indicators when it comes to being ahead of their targets in waste, ramp and ore development.

“I am very encouraged by the continued improvements in leading indicators that demonstrate a platform for sustainable growth and support fundamental changes instilled at the Sugar Zone mine,” said Harte Gold president-CEO Sam Coetzer in a release.

“Over the next several weeks, the team will be focused on accomplishing several objectives, operationally and financially, that will support a smooth restart of the mine and continued performance through the remainder of this year.”

The company hasn’t made a decision on whether to pull its 2020 production guidance target – previously set at 42,000 to 48,000 ounces – but previously said they could provide no assurance that production goals could be met in this environment.

The Sugar Zone Mine is on an 83,850-hectare piece of property, 24 kilometres north of White River.

Before the coronavirus hit, the company started drilling off its next gold prospect, the TT8 Zone, in mid-January.