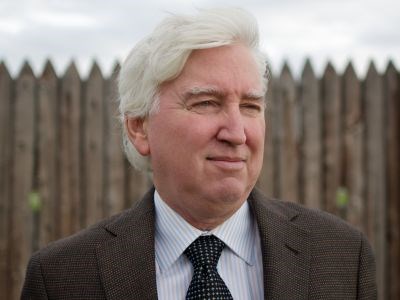 Score one for Ontario.

A mining strategist said the Ontario government won an impressive victory in its court case against a Sudbury exploration company that sued the province for breach of its duty to consult with a northwestern Ontario First Nation band.

Waterloo-based natural resources consultant Bill Gallagher considers the May 25 ruling in an Ontario Superior Court of Justice a landmark decision, not just for Ontario but across Canada.

“It is the most important ruling in terms of getting this country up and running in the mining sector on the duty to consult.”

He’s also called it an indirect legal win for First Nations even though they were not a party to the lawsuit.

The trial, which took place last October, wrapped up on May 25 when Justice Thomas Lederer dismissed the company’s claim against the Ontario government.

Northern Superior Resources, a Sudbury junior miner, sued the province in October 2013 and was seeking $25 million in compensation after claiming it lost access to its gold properties near the Manitoba border following a series of disputes with a First Nation band, Sachigo Lake, two years earlier.

They blamed the government for allegedly failing to carry out its duty to consult with the band.

New amendments to the province’s Mining Act, where the Crown had delegated those duties over to industry, had not yet come into force.

One of the issues in the disputes was an alleged demand from the band that the company pay them a 24 per cent “administration fee” to be drawn from the company’s exploration budget.

When the company refused, they claimed the band served them with an “eviction notice,” forcing them to leave the area.

The company originally sued for $110 million, but later dropped it to $25 million in an unsuccessful attempt to reach a settlement with the province.

According to Justice Lederer’s ruling, the company’s decision to walk away from the provincial government’s offer to mediate a solution appeared to be the company’s undoing.

Gallagher, who was in court for closing arguments, said the judge closely examined the company’s actions in his ruling.

Court testimony and correspondence between the Crown and company indicated the province was unaware of the deteriorating relationship between Sachigo and Northern Superior Resources in late 2011, and was only made aware when the company was ready to sue.

When the province made an offer to assist, their offer was flatly rejected by the company who called the effort “futile.”

Justice Lederer ruled the company couldn’t expect to be compensated when the government was never directly involved in the relationship, and was only contacted the province when it was seeking compensation.

“Basically the judge was telling the company, you’re been digging a hole for yourself and you can’t come to court without clean hands,” said Gallagher.

This corner of northwestern Ontario has been difficult terrain for junior miners because of exploration disputes with area First Nations.

The province’s response had been to spend a combined $8.5 million to buy out the claims of two other companies, Platinex and God’s Lake Resources, before walling off a 23,000-square-kilometre territory to all exploration in 2012 to prevent further conflicts. This so-called “exclusion zone” was erected around the claims of Northern Superior Resources.

With this ruling, Gallagher said consider the government of payouts is a thing of the past. The transitional phase of breaking in the new Mining Act is over.

“This gives Ontario a much-needed win that they can get their mining economy and regulatory system up and running. That the key point I’m making. It’s a win that’s been a long time coming for the Ontario government.”

Gallagher, often a critic of the province’s handling of the Ring of Fire, gave the Ministry of Northern Development and Mines full marks for having the regulations in place.

“Ultimately, they’ve got to get this province up and running under a set of rules that are understandable and predictable.”

The ruling, he said, also clearly indicates that the government’s primary duty is to protect the constitutionally protected rights of First Nations, not the interests of industry.

As a former federal regulator who issued oil and gas permits, Gallagher said companies and their resource projects live or die depending on their relationship with stakeholders, the most important  being First Nations.

While the ruling doesn’t lend any clarity as to how industry should consult with individual First Nations in Ontario, Gallagher said companies need to adjust their approach.

“If you’re a mining company, you’re going to have to develop the skill set that makes it work for you,” he said. “You have to assess the risk otherwise be hoisted on your petard, which is what happened to this company.”

Northern Superior Resources declined comment on whether it will appeal until it consults with its legal counsel and board of directors. The Ontario Prospectors Association is also withheld comment.

His 2012 book, “Resource Rulers,” he lays out that Native issues are now the determining factors in shaping the future of natural resource development in Canada, all backed up by an impressive string of more than 230 legal victories. Industry and their lawyers need to wise up, he said.

The duty to consult, Gallagher said, has largely been regarded as “some sort of big, judicial boogey man” perpetuated by policy think-tanks and “corner office lawyers” in an attempt to tamp down First Nations empowerment.

With the amendments to the Mining Act, “there are now rules and they are going to be enforced with the government having the legal and moral high ground based on these constitutional responsibilities to First Nations.

“Now we have Ontario winning a major court case that basically says, we’ve got it figured out, now play by the rules.”