As Premier Gold Mines of Thunder Bay completes the final stages of a feasibility study for its Hardrock project, another influx of capital has been added to its treasury by venture partner Centerra Gold.
Nov 2, 2015 7:49 PM By: Heather Campbell 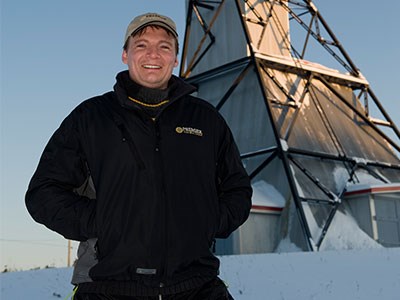 As Premier Gold Mines of Thunder Bay completes the final stages of a feasibility study for its Hardrock project, another influx of capital has been added to its treasury by venture partner Centerra Gold. Last month, Centerra announced a contribution of just over $11 million as part of its contribution agreement. This adds to the $85 million they entered the partnership with last spring. Overall, the project costs are estimated at $150 million to $200 million.

The partners formed a new corporation, Trans-Canada Property, which encompasses four deposits. The Hardrock Project, located just outside of Geraldton in northwestern Ontario, at the intersection of Highway 11 and Michael Power Boulevard, and Brookbank, located in the Beardmore area, are two of those deposits getting attention.

Premier, a leading exploration and development company with gold projects in Canada and the U.S., also owns the Hasaga Project in Red Lake that is proving significant and prolific gold trends in Nevada.

“We are expecting the feasibility study for the Hardrock Project in 2016,” said Premier’s president, Ewan Downie. “We are making revisions to the resource block and ongoing geotechnical work. So far all is going well.”

Premier Gold has mine construction scheduled for early 2017, and production will follow in late 2018.

Downie said they continue to work on the ongoing permits and community engagement; however, the day-to-day operations are now managed by Greenstone Gold Mines.

Eric Lamontagne serves as Greenstone’s general manager, while Richard Harrisson is director of mining; both have experience working at Agnico Eagle Mines.

In its fall newsletter, the company reported the completion of a drill campaign of 56 drill holes totalling 15,116 metres. The exploration team is prospecting and mapping mineralization throughout the Trans-Canada properties stretching from Lake Nipigon to Longlac. The Hardrock project is a past-producing mine that operated between 1938 to 1970. Premier Gold estimates the potential gold deposits are approximately 4.12 million ounces.

While the technical preparations are ramping up for production, community relations remain a top priority.

“Every indication is positive,” said Mark Wright, economic development officer with the Municipality of Greenstone. “Greenstone Gold has been an excellent community partner.”

Wright said that the mining company consults with the local residents and business owners regularly and all are anticipating a positive economic boom as a result of the investment.