Orefinders charged up to spin off battery company 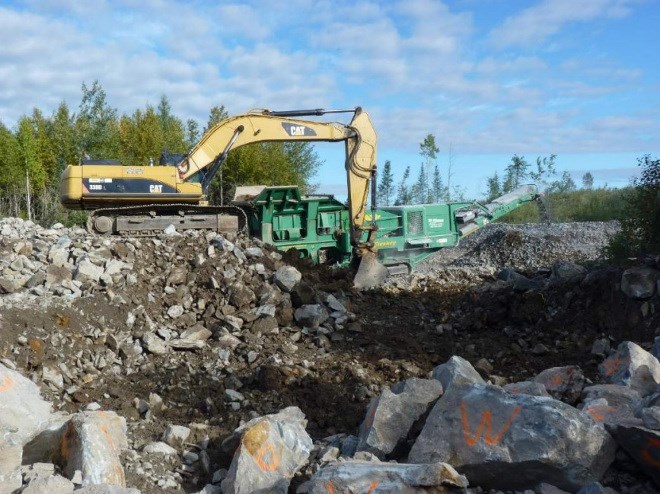 In a Jan. 30 news release, Orefinders Resources said this as-of-yet unnamed spinoff will serve as an “acquisition and development vehicle” built around the recently acquired Mann Mine near Gowganda.

The 867-hectare property in Milner Township contains nine shafts including a ramp driven down to the 210-foot level. The mine once produced 500,000 ounces of silver.

While focused on gold, the company said that given the high-grade silver and cobalt intersections at the Mann Project, there’s significant shareholder value from this property and other potential assets that could be acquired to establish a battery metals portfolio.

“The Mann Mines have high-grade silver and cobalt intersections and we believe these assets are as prospective as any other in the Cobalt-Gowganda Districts,” said Orefinders CEO Stephen Stewart in the release.

Cobalt has become a much sought-after ingredient used in the manufacturing of lithium batteries used in the electric vehicle market.

“While Orefinders is a gold-focused company, it happens to own one of the most prospective silver and cobalt assets in, what is, a very hot district due to the demand for battery and energy storage metals. Our plan is to create a new public company with the Mann as its initial flagship asset and with some of the shares of this company being distributed to our Orefinders shareholders. Effectively Orefinders’ shareholders would receive shares in this new company that would bring direct exposure to battery metal assets such as cobalt, nickel, lithium, and vanadium,” added Stewart.

Stewart said his team has been working in the Abitibi since 1999 and has gained a solid understanding of the geology of the area.

His group assembled the gold land package at Cote Lake that was eventually purchased by IAMGOLD.

The company is considering putting a former open-pit gold mine near Kirkland Lake – the Mirado Gold Project – back into production to raise cash to begin exploration of its gold, silver and cobalt properties in the Shining Tree-Gowganda area.