Northern mining pavilion to grow to 110 exhibitors at PDAC 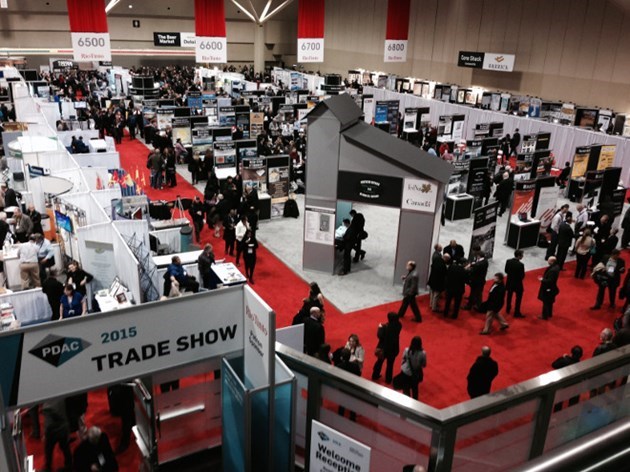 The wildly successful Northern Ontario Mining Showcase is growing again to accommodate more exhibitors at the 2019 Prospectors and Developers Association of Canada (PDAC) International Convention in Toronto next March.

The pavilion, organized by the City of Temiskaming Shores, is expanding from 9,600 square feet to 12,200 square feet to make room for 10 more exhibitors to join a roster of 110 businesses and organizations.

FedNor delivered $690,000 to the organizers on Aug. 21.  The showcase is the largest regional pavilion at one of the world’s biggest convention and trade shows for those connected with the mining and mineral exploration sector. About 10,000 visitors stroll through the pavilion over three days.

FedNor also announced it is giving Temiskaming Shores $366,000 to hire a bilingual project coordinator for the next three years. The job responsibilities are varied and cover a lot of bases.

The coordinator will be tasked to assist forestry companies in developing value-added projects and help them expand into the Quebec market, as well create a “culinary tourism strategy,” promote historical sites, attract newcomers north, and assist agriculture producers in showcasing their wares at next year's International Plowing Match in Verner, east of Sudbury.

“We are excited that these projects will enable us to promote major sectors of our economy and help highlight our inclusive approach to economic development as a means to create jobs and growth,” said Temiskaming Shores Mayor Carman Kidd in a FedNor news release.

“By helping to maximize growth opportunities in the mining and mineral sectors, as well as for our francophone communities, the Government of Canada is helping fuel our economy and further position Northern Ontario as open for business,” said Nipissing-Timiskaming MP Anthony Rota.