NORCAT goes to the cloud for better underground communications 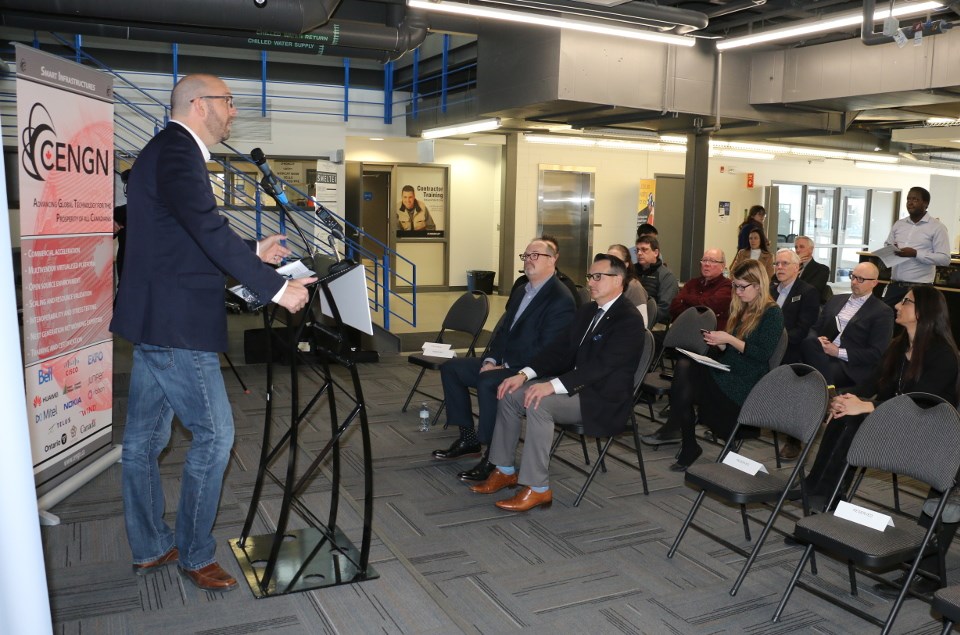 More than a million dollars is to be spent on new research into underground communications that will be carried out at the NORCAT's Onaping test mine.

The announcement was made by Energy, Northern Development and Mines Greg Rickford in Sudbury, March 5.

Rickford revealed a private-public partnership consisting of Ontario's Centre of Excellence Next Generation Networks (CENGN) and the communications giant Nokia.

“The testbed is being rolled out in a working mine at NORCAT and it will be fitted with wireless communication that will help companies test innovative technologies for making mines safer and more productive,” said Rickford.

Rickford said by setting up at the NORCAT Underground Centre, the research will be carried out in a working mine “for real world, real-time testing and validation purposes.”

With this network, NORCAT’s tech clients, utilizing the NORCAT Underground Centre, will have the ability to develop, test and demonstrate emerging technologies, such as private radio services and autonomous vehicles, to create safer, more productive and efficient mines, said the Nokia statement.

Rickford said this is the type of work that continues to position Ontario as a global leader in smart mining research.

He said Ontario is committed to spending more than $63 million in the next five years through the Next Generation Networks Program.

This current project at the NORCAT centre will see Nokia and CENGN each investing $650,000 for a combined total of $1.3 million.

Don Duval, CEO of NORCAT said in the past few days the province had made several investments in Northern Ontario technology, mentioning the $900,000 funding to SHYFTinc of Sudbury to develop a new mining supply management system, that was announced recently at the prospectors convention in Toronto.

“Your commitment to support tech innovation on behalf of the Ontario Government is truly admirable,” said Duval. “Without it we would be less prosperous as a region, so thank you.”

Richard Waterhouse, vice-president of marketing and business development for CENGN, praised the next-generation networks program as an economic driver.

“It is the province’s digital backbone for the innovation-driven economy that pushes growth, creates high-quality jobs and enhances Ontario’s global competitiveness,” he said.

“I think the smart mining leaders will be able to develop solutions that not only optimize sustainability and efficiency, but will contribute to safety.”