Sean Willy brings a unique perspective to his role as director of corporate responsibility for the uranium producing Canadian Mining and Energy Corporation (Cameco).
Jan 11, 2016 3:39 PM By: Ella Myers 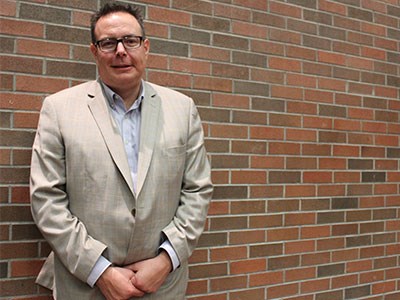 Sean Willy, director of corporate responsibility for CAMECO and member of the Métis Nation of NWT.

Sean Willy brings a unique perspective to his role as director of corporate responsibility for the uranium producing Canadian Mining and Energy Corporation (Cameco).

Willy was raised in the Northwest Territories and Saskatchewan, and belongs to the Metis Nation of NWT.

He runs the Saskatchewan-based Cameco’s Aboriginal engagement program, bringing personal and professional insight to his role, which he presented at a Goodman School of Mines lecture.

“There’s a new awakening to how mining companies deal with Indigenous groups and people are coming to realize the right way to communicate and benefit the company and Indigenous community,” said Tardif.

“Cameco is one of the leading companies for corporate responsibility, and the only way we’re going to get better as a mining industry is to hear from people who do well and succeed at it.”

Cameco works with numerous First Nations communities in northern Saskatchewan, and has developed these relationships over the past 25 years.

They signed one of Canada’s first impact management agreements in 1999 with seven Athabasca basin communities.

Willy said Cameco tries to avoid simply arranging cash payments, and moved towards less “paternalistic” partnerships with the communities in which they work.

“We’ve moved to a production, revenue-share model. We look at it as an investment in a partnership, not a cost of doing business.”

Cameco, he said, has a higher community support rate of around 79 per cent for projects due to this approach, gets project licenses earlier and has a higher local workforce retention.

Cameco is Canada’s top industrial employer of Aboriginal people. Willy said the economic potential of the growing Aboriginal population in Canada cannot be ignored, and they’ve developed strategies to take this into consideration.

“Aboriginal communities aren’t going anywhere, so we say quit wasting your time on negative energy and put it into positive energy, engaging and including.”

Northern Saskatchewan is much younger than the south, with 50 per cent of the population under 21. By creating education and training programming, they hope to ensure employment when the youth come of age, and let them stay in their communities.

“I have my business hat on with the Cameco story, but as an Aboriginal, I try and get the message out that this can be done and that it’s not scary and that it actually helps us all,” said Willy.

“Investing in local business development is the best eliminator to end poverty in the local community, and especially Aboriginal communities. The guys who are working can afford their culture,” he said, pointing out that hunting, fishing and trucking have a high cost, especially in northern Saskatchewan where gas prices near $2 per litre.

“We can replace the culture of poverty with actual culture.”

Similarities between northern Saskatchewan and Northern Ontario is a shared lesson to be learned, he said.

Both regions are prime areas for resource development. While they’re different resources, the extraction process can have a similar impact on similar communities, shaped by historical experiences and remote locations.

“I think Sudbury is reflective of the Canadian shield,” said Willy. “The discussion is the same about Aboriginal inclusion across it, it’s about how do we do better?”