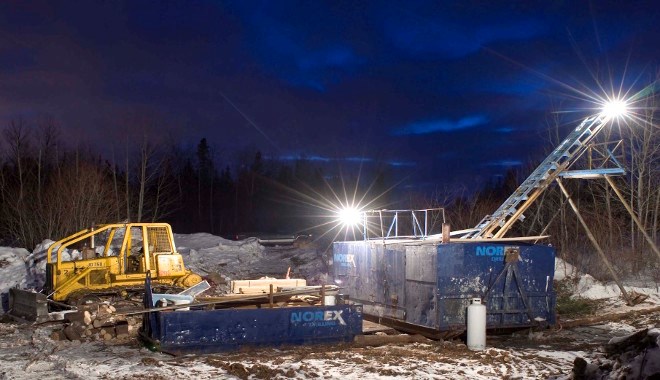 Moneta Porcupine Mines, which has interests in the Timmins gold camp, has signed an exploration agreement with Wahgoshig First Nation. (Moneta photo)

Moneta Porcupine Mines and Wahgoshig First Nation have signed an exploration agreement that will give the community shares in the company while providing the mining junior with access to its Timmins-area mining claims.

The Wahgoshig First Nation is an Algonquin community whose traditional territory straddles a large segment of northeastern Ontario and northwest Québec, is located approximately 15 kilometres from the Golden Highway project.

“Moneta are committed to developing a positive relationship, which recognizes the need for all to mutually benefit and co-exist,” O’Connor said in an Aug. 7 news release.

“Through a process of mutual respect, ongoing dialogue and regular interaction, Moneta looks forward to working co-operatively with Wahgoshig First Nation. We also feel that active participation and a close relationship with the Wahgoshig First Nation community will continue to create sound business opportunities.”

The company additionally announced it would acquire eight single boundary cell mining claims contiguous with the eastern edge of the Golden Highway project, within Garrison Township.

“The mining claims cover the continuation of favourable geology east of the current published resources on the Golden Highway project,” the company said. “A total of 80,000 common shares were issued to the seller as final consideration, with no royalty or other encumbrances.”