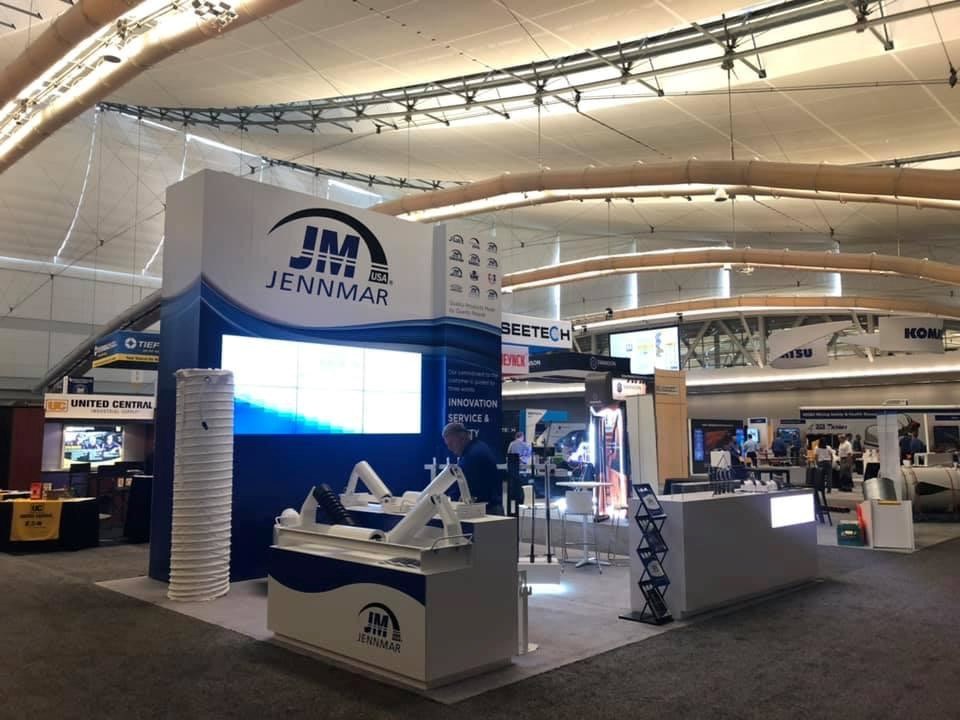 A new, but familiar, name in mining supply has moved into the Nickel City.

Pittburgh-based Jennmar, a maker of ground control products, has established a manufacturing, sales and distribution presence in Sudbury's east end.

The company acquired the former Marcotte Mining Machinery building and the seven-acre lot on Lasalle Boulevard in early September. Ten employees are on the payroll.

With an eye on serving the underground mining industry from coast to coast, the plan is grow its workforce at the 30,000-square-foot facility to as many as 40 employees over the next two years.

Jennmar's arrival is timely considering the exit earlier this year of a competing ground control player.

Jennmar began in Pittsburgh in 1922 in the scrap steel business before segueing into manufacturing roof support systems for coal mines in the early 1970s. Their business lines have evolved into supplying a diverse range of products for the coal and hard rock mining and tunnelling industries.

The company arrived in Canada in 2008, setting up a manufacturing base in Sturgeon Falls but withdrew in 2014 when DYWIDAG-Systems International (DSI), a competitor, bought that plant and several of Jennmarr's Canadian assets.

"We had a non-compete agreement," said Hurd, "and over the last several months we've been receiving calls from clients, who we remained in contact and friendly with, and there seems to be a serious need in the marketplace so we elected to move back in."

Hurd declined to comment on whether DSI's layoffs at its Lorne Street shop in Sudbury last spring factored into his company's decision to return.

"What there does seem to be is a supply chain problem."

Jennmar's first local hire was business development and operations manager Kevin Cadieux followed by Scott McFarland to run logistics. A plant foreman, inside sales rep, purchasing manager, human resources manager, with some shop personnel round out the workforce, so far.

"We need all kind of semi-skilled positions, plus we need a couple of journeymen. We're actively interviewing people every day," said Hurd.

"The good news is there seems to be a willingness to join the team and a decent pool of people to look to."

The pandemic has posed problems to import shop equipment and bring installation technicians from across the border.

"It's slowed some things down, but we have another (cable) production line (to make cable bolts) coming the first week of December that will be up and running," said Hurd, which should lead to hiring more personnel and bring their staff up to 15 by year's end. Several other production lines will be added in 2021.

Hurd said eventually they'll build up the shop into a full-fledged production facility offering "anything and everything" in the company catalogue, supplemented by support coming out of the U.S.

"We're extremely excited to be back into the marketplace and as in the past we'll be a good corporate citizen and be active in the community, and look forward to employing good people who did lose their positions in the mining sector over the year to 18 months."