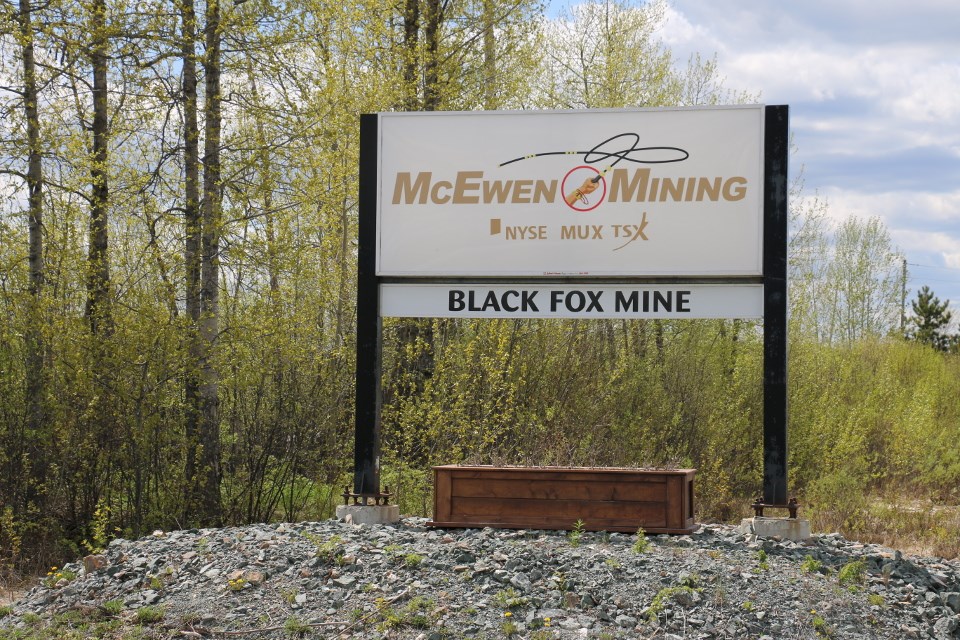 The company said it would use the proceeds of the sale to advance its current mining projects and exploration prospects, for additional operating capital, and for general working capital purposes.

McEwen has steadily been drilling at its Black Fox Complex east of Timmins.

On Nov. 4, the company reported positive results from the Grey Fox property, including the following highlights from three drill targets:

“These results highlight the potential to find additional gold mineralization across the one-square-kilometre Grey Fox Deposit area,” said Sylvain Guerard, McEwen’s senior vice-president of exploration, in a news release at the time.

The company said it did incur higher capital costs in 2019 related to underground development, improvement projects, and additional capital spending associated with its transition to owner-operated crushing at the Stock Mill.

But in 2020, the company said, it plans to scale back production and instead focus on exploration and advancing development of the Froome underground deposit.

In addition to the Black Fox Complex, McEwen Mining also owns the Lexam property, which consists of four properties: Buffalo Ankerite, Fuller, Paymaster, and Davidson Tisdale, the latter of which is a joint venture with Newmont Goldcorp.

McEwen also has operating mines and exploration properties in Nevada, Mexico and Argentina.