Matheson gold mine developer's got a plan for a pit 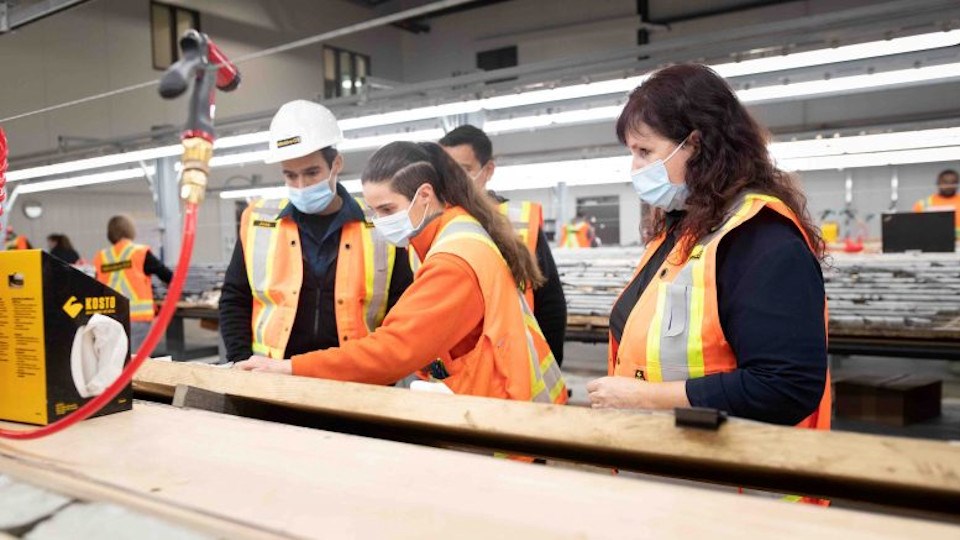 O3 Mining is making a case for an expansive open-pit gold mine in the Matheson area.

The Toronto subsidiary of the Osisko Group of companies released a preliminary economic assessment (PEA) of its Garrison Project on Dec. 14, with a projected 12-year mine life.

The PEA describes an 11,000-tonne-per-day open-pit mining and processing operation with annual gold production of 121,000 ounces during its first eight years, peaking at 155,000 ounces during the second year of mining.

The potential $267-million mine would feed an on-site processing plant from three deposits, dubbed Garrcon, JonPol, and 903.

Garrison's measured and indicated mineral resource is 66.3 million tonnes at a grade of 0.86 grams per tonne. The base case cut-off grade is 0.30 grams per tonne of gold.

Ausenco Engineering prepared the PEA, which is based on a gold of US$1,450 per ounce. The project's all-in sustaining cost is US$818 per ounce.

Pit operations would begin one year before the mill starts up and would run for nine years until the gold resource is exhausted, followed by three years of low-grade stockpile reclamation to the mill.

The operation would run year-round with two 12-hour shifts daily.

There's no construction timeline to start carving out the pits. A PEA is just a base case for a potential mine, indicating the project has technical and financial merit based on the field work of the gold resource. More advanced analytical mining studies are required with a follow-up pre-feasibility study and an environmental impact study, which are the next steps.

In the release, the company said there's an opportunity to expand the size of the project in the next phase of study, incorporating more of the gold resource material on the property.

Over the years, the Garrison property has been well worked over with more than 1,300 drill holes and assays of more than 258,000 metres.

O3 Mining categorizes itself as a mine development and emerging consolidator of exploration properties a focus on projects in gold camps in Quebec and Ontario. The company controls 25,000 hectares of property in Ontario and 133,557 hectares in Quebec, half of which is around the Val-d'Or area along the Cadillac-Larder Lake Fault and in the Chibougamau region of Québec.

"Garrison has been in the shadow of our Marban and Alpha properties in Québec but as this PEA shows, it is an integral part of the value proposition of O3 Mining," said O3 Mining president-CEO Jose Vizquerra in a statement.

"Garrison came from Osisko Mining Inc., which completed first-class exploration work that defined the initial resource. We have worked with Ausenco to produce a high-quality PEA that focuses on capital efficiency and demonstrates the value of Garrison to O3 Mining.

"Today, Garrison is a 2.9-million-ounce deposit in the heart of one of the most recognized mining districts in Canada. We are thrilled that the PEA has shown a production profile of 121,000 ounces per year during the first eight years at very attractive economics. The corporation is ready to maximize Garrison’s value by advancing the studies to further de-risk the project."