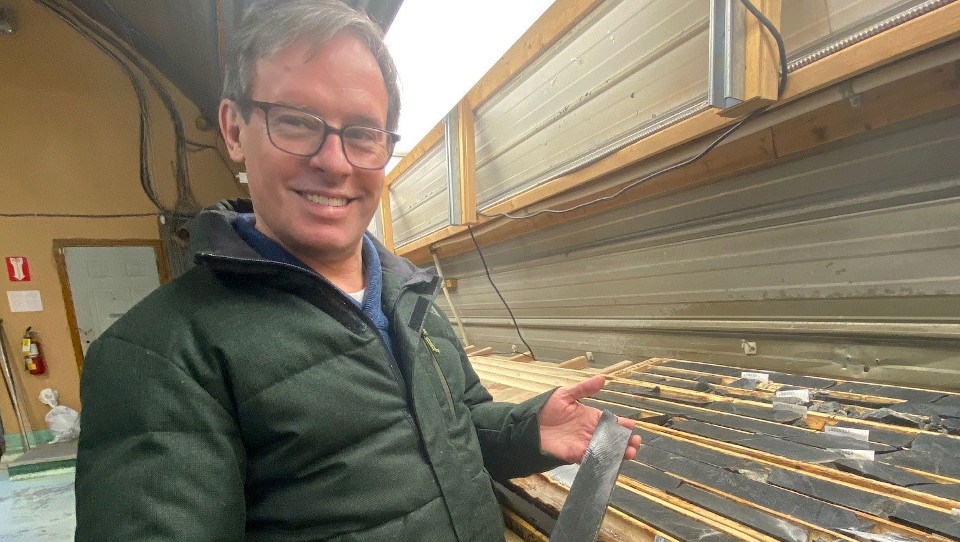 Since touching down in Timmins a year and half ago, Mark Selby has been trying to put the world-renowned gold district on the map as an emerging global nickel camp.

Twenty months after Canada Nickel Company punched its first drill hole at its Crawford nickel sulphide project, the CEO and chair of the Toronto-based junior mining company is sitting on a resource capable of delivering 1.9 billion pounds of nickel over a 25-year mine life.

Selby insists their resource of nickel, iron and chrome only stands to get larger as the proposed open-pit mine project moves into a "pivotal year" in the short corporate history of the company.

"This is really just in the beginning," said Selby in a webcall this week to analysts and investors about the PEA and their budding plans for a large-scale, carbon-neutral open-pit mine and mill operation.

The PEA was based on a resource that Canada Nickel zeroed in on last October. By the time a new resource estimate at Crawford is published early next year, Selby expects it will be "50 to 100 per cent larger" than what they know is currently in the ground. It will be folded into a final feasibility study for a potential open-pit mine due out in mid-2022.

Canada Nickel has been on the exploration and development fast-track as Selby seeks to position Crawford for a forecasted nickel commodity super-cycle.

He views Crawford as a multi-decade base metal operation with a huge upside as they continue to drill around their current deposit and conduct step-out drilling on a number of promising targets across their massive 72,000-hectare land package.

By way of global comparables, Selby said Crawford's current resource base would rank it as the largest base metal operation in Canada, one that certainly would attract a global mining player. It would be a top five nickel sulphide producer in the world – ahead of Voisey’s Bay and Raglan and just behind Vale's mine complex in Sudbury – and largest single nickel sulphide operation outside of Russia.

Aside from the update on how things are shaping up at Crawford, Selby talked about the possibilities of creating some downstream, value-added manufacturing capacity on the property.

Almost from the start, Selby has promoted Canada Nickel as being a battery metals supplier for the electric vehicle industry. Now the discovery of chrome on the property has increasingly put them on a dual path to a market that includes stainless steel.

"We have the ore that contains nickel, iron and chrome," said Selby, "the essential elements you need to make stainless steel."

Besides the high-grade and standard-grade nickel concentrate they expect to be producing at Crawford, a third product in the mix will be a magnetite concentrate containing 45 to 50 per cent iron and with average of 3 per cent chrome, which is used to produce stainless steel and nickel pig iron.

With a PEA in hand and a defined resource base, Selby thinks they can attract a manufacturing partner in Timmins that can convert those materials into low-risk products like 304 stainless steel (a low carbon steel) and nickel pig iron with an integrated plant operation he envisions at the Crawford site.

Selby said there are "dozens, if not hundreds" of downstream processing arrangements between mining and processing companies in China and elsewhere in the world that can deliver on this with off-the-shelf technologies.

A big incentive to attract a stainless steel partner to set up shop in Timmins is the carbon credit component associated with the Crawford project. The mine tailings and waste rock they would store on site have the ability to absorb carbon dioxide.

Studies have shown that the predominant serpentine host rock in the area naturally absorbs CO2 when exposed to air. Any emissions coming off the mining operation would be offset by the tailings.

When they finish the feasibility study next year, Selby said they'll have a better idea of what the carbon capture values will be, what the potential stream of carbon credits will look like, and how they can monetize that. The tailings will also be non-acid-generating since there's no sulphur left them. The sulphur will be in the concentrate they'll be selling to customers.

The abundant area connections to clean hydro-generated power in the Timmins area affords them to choose electric shovels, trolleys and haul trucks to move ore, instead of a diesel-powered fleet. A local First Nation, Taykwa Tagamou Nation, is helping them finance on both the power and vehicle fronts.

But Selby made it clear delivering nickel units to the electric vehicle battery market still remains prominently in their plans. With the PEA now out, he expects automotive companies within the battery supply chain will come to the table on Crawford and talks should only intensify.

On the 'green' marketing side, Canada Nickel has been consistently selling Crawford's carbon-neutral mining, milling and manufacturing footprint story, going so far as to trademark the net zero nickel, iron and cobalt products they expect to take to market.

Selby maintains there's a new breed of investors out there that wants exposure to 'green metals' and 'green industries,' and thinks in the future there will be a premium placed on 'zero carbon' products.

They also made specific changes to Canada Nickel's board of directors last year in bringing aboard people experienced in the private equity sector and the green transition economy as they look to leverage those relationships.

Canada Nickel received some positive press over the winter with Selby being quoted in a Reuters article last February about his talks with U.S. government officials about supplying nickel to that country for electric vehicle batteries. He's also encouraged by President Joe Biden's more recent comments about his willingness to seek and secure sources of critical mineral supply from outside the U.S.

In the web call, Selby mentioned that, four months after Canada Nickel was formed in February 2020, the company was approached by trade officials from the U.S. consulate in Toronto with a particular interest in strategic minerals.

Now that they have a PEA in place to talk about Crawford in more concrete terms, he expects those conversations will accelerate and he'll be seeking introductions to other players in the U.S. battery chain supply sector.

"That is very real and will part of the discussion process going forward."

Given the scale of the benefits Crawford stands to generate for the economy over the next 25 years, Selby said the Crawford Project remains on the governmental radar and he's counting on receiving support from both Ottawa and Queen's Park.

On the exploration front, Selby said they continue to drill in and around their main deposit, filling in the gaps on some known extensions and doing step-out drilling on promising targets on their large land holding in the hopes of finding high-grade areas that can serve as satellite deposits in the years to come.

"We fundamentally believe that, given the land package that we have and the potential we see today, Crawford could be one of the largest nickel sulphide resources globally."