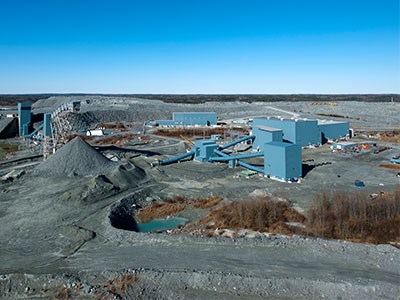 North American Palladium announced Nov. 22 that a new three-year collective agreement has been ratified by the members of United Steelworkers, Local 9422.

The union represents the production and maintenance workers at the Lac des Iles mine, northwest of Thunder Bay.

The old agreement expired at the end of May. The new labour deal expires on May 31, 2021.

In September, the company published a new feasibility study to expand underground operations and add resources and mine life through development and exploration at the 43,000-hectare Lac des Iles site. The pure-play palladium mine employs more than 600.

The company recorded another strong quarter at its flagship mine.

Buoyed by an increase in palladium prices and a seven per cent uptick in production compared to last year, the company generated $22.9 million in net revenue, compared to $12.2 million during the same time last year.

Net income for the nine months of the fiscal year, ending Sept. 30, was $41.7 million compared to $21.8 million the previous year.