Ring of Fire junior explorer out to raise $50 million in crypto-bucks
Mar 5, 2018 11:17 AM By: Northern Ontario Business Staff 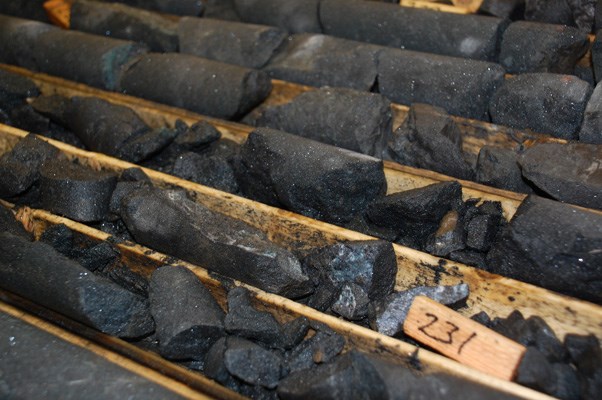 Chromite core from the Big Daddy deposit in the Ring of Fire.

Leave it to KWG Resources to think outside of the box.

At the Monday morning shotgun start of the world’s biggest mining show, the Toronto-based exploration outfit announced it’s creating a digital currency to fund exploration in the Ring of Fire.

The company announced the creation of Ring of Fire LP (ROFLP), a limited partnership flow-through fund with the intent of raising $50 million to go drilling on a chromite property its shares with Bold Ventures.

The concept is to offer investors in ROFLP the option of converting their units into “Ferros,” a cryptocurrency created by KWG.

One can only assume Ferro is short for ferrochrome, the semi-finished product that’s created when chromite is run through a smelter.

Ferrochrome is a key ingredient in making stainless steel.

The proposed currency would be backstopped by future chrome production from the Black Horse chromite project, in what KWG calls a “bank-in-the-ground.”

This limited partnership is being headed up by Patrick Lilly, the CEO, and John Rule, the secretary-treasurer.

KWG said it hopes to trade the Ferro on an “SEC-registered alternative trading system” through a blockchain-contract offering. If they’re granted a registration, the currency would be issued next January.

Daring moves are nothing new for KWG.

The audacious and controversial junior miner, helmed by Frank Smeenk, claim-staked a 330-kilometre long proposed rail corridor to reach its claims in the Ring of Fire.

The company then battled its mining rivals in the courts for years in an unsuccessful attempt to retain exclusive control of the route.

While they’ve delved into innovation with a patented direct reduced technology to process chromite using natural gas, KWG has drawn photo op attention to itself by helicoptering Chinese rail engineers into the Far North to court offshore financing and once turned heads with a racy online promotional campaign that had bikini models hawking the virtues of the Ring of Fire.