Barring a late settlement agreement, a Sudbury junior miner appears headed to court to lock horns with the provincial government this fall in a case that might have ramifications on the Ontario Mining Act. An Oct.
Jun 5, 2015 5:19 PM By: Ian Ross 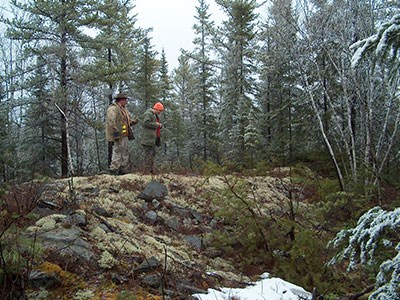 A junior miner’s lawsuit against the province will call into question the government’s practice of delegating to industry the duty to consult with First Nations before exploration development takes place.

Barring a late settlement agreement, a Sudbury junior miner appears headed to court to lock horns with the provincial government this fall in a case that might have ramifications on the Ontario Mining Act.

An Oct. 5 trial date has been booked for an Ontario Superior Court judge in Toronto to hear arguments surrounding a compensation claim by Northern Superior Resources resulting from its abandonment of its gold properties after a series of disputes with Sachigo Lake First Nation.

The outcome of the case could be precedent-setting and could impact the government’s hands-off practice of leaving it up to the resource industry and First Nations to work out exploration and benefit agreements, and resolve any differences they might have.

“We would like to settle before going to court. We feel it’s unnecessary to go to trial; however, we are more than prepared to see this through to the end and have board approval to do that.”

The company filed a $110-million statement of claim in 2013 to recover the $15 million it spent on exploration since 2005, plus the estimated future value of three properties as they worked toward a major gold discovery near the Manitoba border.

But Morris said they’ve made overtures to the province that they’re willing to settle for $25 million.

“I don’t think anybody in their right mind expects to be compensated for $110 million. The reality is we do want our money back.”

Nothing was resolved during the pre-trial phase last winter that included court-ordered mediation. They’ll meet one more time with the trial judge in late May, prior to the start of proceedings.

The case has raised questions in legal circles on the Ontario government’s practice of delegating the duty to consult with First Nations over to industry, leaving exploration companies to negotiate access to their claims that’s on both Crown land and Aboriginal traditional territory.

New regulations in Ontario’s Mining Act say early development work can only proceed after industry consults with affected First Nations, which Northern Superior contends it had performed over the years when things began to sour.

The company claims there were a series of disagreements with the band, including a demand by the First Nation to hand over close to a quarter of its exploration budget for the 2012 drill season, referring to it as an “administration fee.”

In court documents, the company claims employees and equipment were detained by the band members from leaving the community for one day in exchange for a payment of $40,000. The company was also served with an “eviction” notice by the community.

The company accuses the province of failing to protect its interests in this remote area of Ontario, 740 kilometres northwest of Thunder Bay, that’s gained a reputation as a hotbed of confrontation between First Nations and junior miners.

Previous conflicts between Aboriginal residents and industry resulted in the province spending a combined $8.5 million to buy out the claims of two companies, before unilaterally walling off a 23,000-square-kilometre swath of territory to exploration with an exclusion zone in 2012, which is another bone of contention with Northern Superior.

The Crown counters that it’s not liable for any damages incurred by the company, adding that the decision to stop exploration was theirs alone.

The government further contends it’s not responsible for any demands made on the company by the First Nation, or the company’s decision to reject them.

Should the court rule in the company’s favour, Morris believes it will force the government to change the way consultation is done in Ontario.

With Northern Superior’s stock trading at two cents a share in April, being locked in litigation with Queen’s Park could cause some unease among shareholders, but Morris said he’s received only encouragement from investors as well as the rest of the exploration industry for taking a stand.

“I’ve yet to hear that we should not have engaged in this. I think people are just fed up watching juniors go into Ontario and get screwed over like this.

“I think the shareholders are pleased we didn’t roll over and go away when we were threatened by the First Nation and the lack of response by the Ontario government.”

In an effort to settle, Morris has reached out to Ontario’s new deputy minister of Northern Development and Mines, David de Launey, offering to meet before the trial.

In an April 10 letter, the company said “the facts bear out the company’s position” and despite Supreme Court of Canada rulings directing governments to establish consultation protocols, the publicity of a trial, and the realities companies face on the landscape, won’t reflect kindly on Ontario’s reputation as a favourable place to invest in mineral exploration.

“The door is open to discuss a settlement with the government at any time,” said Morris.

On the flip side, Morris said the company continues to advance its gold properties in Quebec, where it signed pre-development deals with the James Bay Cree, and at its TPK property northeast of Pickle Lake, a joint venture with Lake Shore Gold, where it inked a benefits agreement with Neskantaga First Nation.