It’s back to court for Northern Superior Resources. The Sudbury junior miner is heading to the Ontario Court of Appeal after its $25-million lawsuit against the Ontario government was dismissed by a Superior Court judge in late May.
Jun 27, 2016 2:52 PM By: Ian Ross 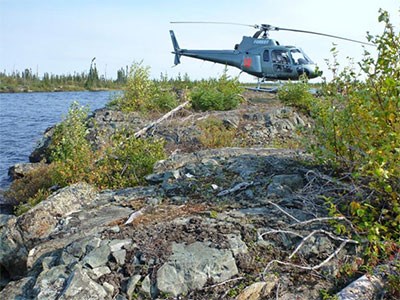 It’s back to court for Northern Superior Resources.

The Sudbury junior miner is heading to the Ontario Court of Appeal after its $25-million lawsuit against the Ontario government was dismissed by a Superior Court judge in late May.

After taking a few weeks to consult with his lawyer, company president-CEO Tom Morris claims Justice Thomas Lederer’s ruling overlooked many critical issues that forced his exploration firm to abandon their northwestern Ontario gold claims in 2011 due to a conflict with Sachigo Lake First Nation.

“Many of the important issues we brought to trial were simply ignored by the judge or sidestepped.”

According to Morris, it’s tough to play by the Ontario government’s rules on the duty to consult with First Nation communities when there are no clear-cut rules to follow, even by today’s new standards.

Northern Superior sued the province in the fall of 2013, arguing that the province failed to properly consult with Sachigo and didn’t protect the company’s government-granted right to stake and explore for gold near the Manitoba border.

Northern Superior claimed it lost access to its exploration properties after refusing to give in to a demand by Sachigo First Nation to pay an exorbitant 24 per cent “administration fee” to be drawn from the company’s exploration budget.

The company claimed Sachigo leadership – who didn’t appear in court – served them with an “eviction notice,” forcing them to leave the area.

On May 25, Justice Thomas Lederer dismissed the company’s compensation claim, stating that the company make a mistake in walking away from a provincial offer to mediate a solution.

Senior Ministry of Northern Development and Mines officials testified they had been unaware of any difficulties until the company demanded compensation and the lawsuit was underway.

Justice Lederer ruled the company couldn’t expect compensation when the province knew nothing about the deteriorating relationship with the First Nation band.

“This business about the government not being aware that there were problems until we took them to trial is garbage,” said Morris, who sharply disputes the court’s interpretation that his company rejected the ministry’s offer to work out a solution since it was already in litigation mode.

He insists the ministry was fully aware of the deteriorating relationship with Sachigo based on “three to four direct meetings” they arranged with various deputy ministers and assistant deputy ministers in the year before going to trial.

Before going to court, Morris was notified that a ministry delegation had met with Sachigo leadership, who were apparently receptive to resuming discussions with the company, but the province’s advice was to reapply for permitting.

“We just thought: what’s the point in going through this whole process if at the end of the day, there’s nothing to protect the interests of the company. And we asked the government, will you stand behind us, and we couldn’t get that commitment from them if something happens again.

“It was a big part of us deciding to go to trial.”

The dispute occurred before changes were made to Ontario’s Mining Act, which came into force in April 2014, delegating the Crown’s responsibility for duty to consult and accommodate First Nation groups over to industry.

The province’s “plans and permits” process has met slow acceptance by industry since it provides no step-by-step procedure as to what is proper consultation. In many cases, that ambiguity is decided by individual First Nation communities.

“The assistant deputy minister on the stand admitted there’s nothing in that document to protect an exploration company from what we went through from happening all over again,” said Morris.

But Morris feels Lederer’s ruling doesn’t cast Ontario in a favourable light as an investor-friendly jurisdiction.

“If you’re going to entice people like me to invest my shareholders’ money in this province, I have to have a clear understanding that if I invest that money I have a chance to see a return on it.

“The way that this business environment is being set up in Ontario – for all the good reasons we’ve brought up in this trial – if they’re not there, business is not going to come.

“And when people begin to realize that there’s nothing here to protect my interests – any rule of law, if you will – then why would I come and invest my money in this province?

“That’s something I think the government is well aware of, they just don’t wish to address it.”

The Northern Superior case has also illuminated a touchy and shadowy subject in Ontario’s exploration sector of access payments to the First Nations.

Some First Nations will approach junior mining companies, contractors and suppliers demanding payment in order to access exploration sites that have been fully permitted by the Crown following consultation with First Nation.

Failure to acquiesce to those demands can bring about interruptions in work, or expulsion from the area.

Morris said based on letters they received from Sachigo, “We had been untold in no uncertain terms that we were never welcome back up there again because we refused to pay the 24 per cent administration fee. I have a fiduciary duty to my shareholders to protect those assets.”

Given past conflicts between exploration companies and communities in the area of northwestern Ontario that Northern Superior was operating, Morris said no advisories were ever issued by the province.

And Morris said he had no reason to believe the same conflict would befall them based on the open lines of communication he thought they enjoyed with area communities.

But Morris said what became apparent through the discovery process prior to trial, and even during the trial, was that the Ontario government had done “very, very little” engagement with First Nations in that corner of northwestern Ontario and, he believes, lacks any credibility among the people there.

Instead, Morris said, the bands turn to “consultants, for want of a better word, to fill that void, and these consultants, quite frankly, are giving the First Nations a lot of poor advice.”

Years earlier, after disputes between the community of Kitchenuhmaykoosib Inninuwug First Nation and two junior mining companies, the government’s response to quell tensions was to create a 23,000-square-kilometre exclusion zone – bordering Northern Superior’s claims – in early 2012 that walled off that area of northwestern Ontario to further mining and exploration.