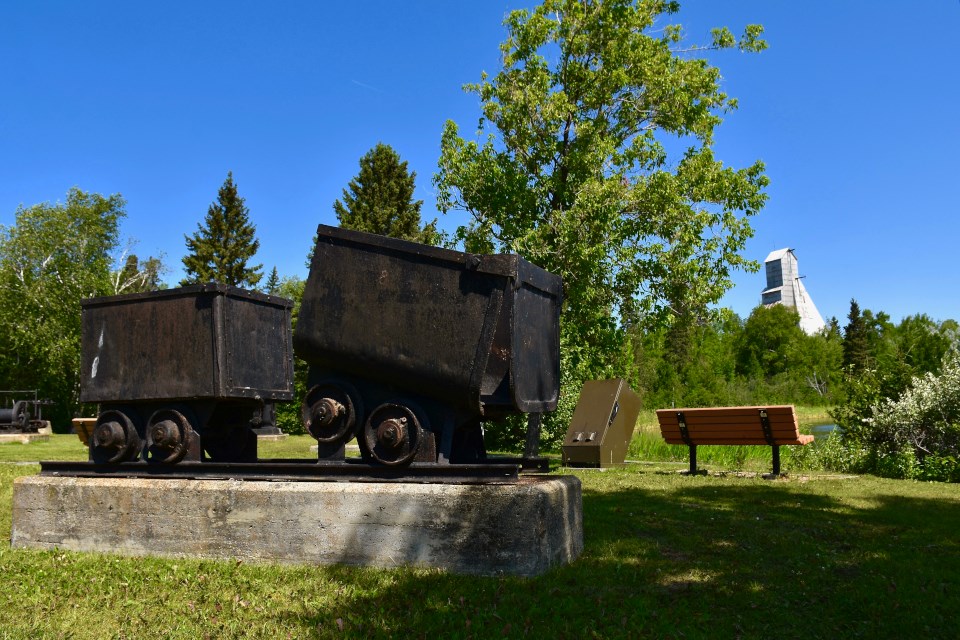 A view of the McIntyre Headframe with some of the old mining equipment that can be seen at the park. Maija Hoggett/TimminsToday

Work to restore the McIntyre Headframe is getting an injection of cash from the federal and provincial governments.

Mount Jamieson Snow Resort and the YMCA of Timmins are also among the 35 projects receiving money for recreational and community infrastructure projects across the province through the Investing in Canada plan.

The funding covers restoration work including the selection of bidding contractors, detailed engineering designs and drawings, replacing the corroded structural steel and wood frame, and repairing the loose cladding and wall anchor brackets on the exterior.

The City of Timmins recently awarded a $520,000 contract to Cy Rheault Construction for the project. The structure has been reviewed by engineers who developed a scope of work for necessary structural repairs and building improvements to ensure its structural integrity, according to a city report.

Work on McIntyre Headframe last came up in 2019 when a bid for high-priority repairs was not approved after the work came in much higher than the city had budgeted. At that time the contingency plan was to deal with more obvious repair work such as loose cladding on the building.

Mount Jamieson Snow Resort's snow-making system will be expanded and mountain biking trails will be built through a $325,500 project. That includes $130,200 from the federal government, $108,489 from Ontario and $86,811 from the ski hill.

According to the announcement, the cash is to expand the snow-making infrastructure to "enhance the capacity and efficiency while utilizing new modern technologies, and constructing a downhill mountain bike trail system and operation to create additional off-season sustainability and continue to grow activities."

The YMCA of Timmins is receiving $562,500. It's for renovations at the Timmins Family YMCA building on Poplar Avenue. The work includes exterior renovations to fix the crumbling facade and lack of insulation and improving the building's accessibility. Insulation and new cladding will be added to the outside of the building and two exterior cement stairways will be fixed.