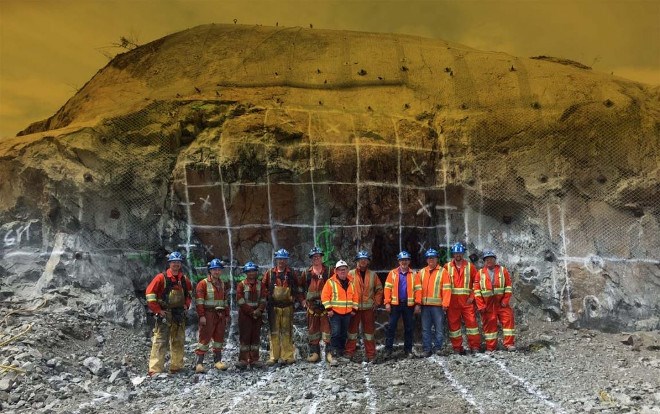 Gowest Gold is making progress toward taking a 30,000-tonne bulk sample at its Bradshaw Mine in the Timmins gold camp by this year’s third quarter.

Crews are working around the clock as more than 350 metres of ramp development has been completed as they “close in on the first ore zone,” said the company in an Aug. 21 news release.

“We are extremely pleased with all that we have been able to accomplish in recent months as we have moved from breaking ground to closing in on the first mineralized zone,” said Gowest president Greg Romain in a news release.

“We are extremely confident that we are on the right path, with the right team and partners to enable Bradshaw to become the next new gold mine in the Timmins Camp."

The first ore will be shipped to the Redstone Mill early in the first half of the fourth quarter. Gold concentrate will then be shipped to a refinery for final processing and sale.

The Bradshaw Gold Deposit is located on the company’s Frankfield Property, an 842-hectare package situated 32 kilometres northeast of Timmins.

The company is targeting commercial production for late 2018.

The bulk sample will be processed at the Redstone mill, where Gowest is now a 50 per cent owner after establishing a joint venture corporation with Northern Sun Mining.

An underground drill station will be used to delineate the mineralized zones for the bulk sample and future mining.

An X-ray ore sorter is en route from Europe and should arrive at the site at the end of the third quarter. It will cut down on processing costs by increasing mill feed and reduce the tons milled.

The water treatment plan will be delivered by late August.

Tailings pond work will be completed by early September and commissioned by the end of the third quarter.