Glencore, Vale approve $1.4 billion in spending for Sudbury mine developments 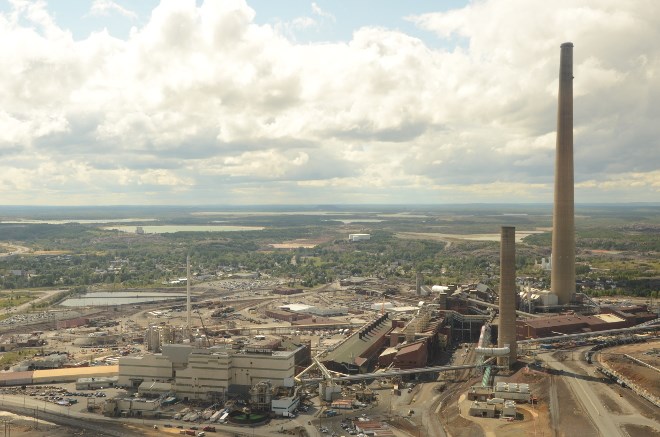 Vale and Glencore’s Sudbury Integrated Nickel Operations have received board approval for major mine development projects in the Sudbury Basin.

Following several delays attributable to low commodity prices, Vale is proceeding with a C$760 million phase one development of its Copper Cliff Deep project, while Glencore is moving ahead with a US$700 million development of Onaping Depth.

Both projects are being undertaken to replace declining production from established mines.

“I don’t think it’s a surprise to anyone that most of our mines are facing declining production profiles,” said Vale’s Dave Stefanuto, vice-president, capital projects for the North Atlantic.

“We need to find replacement volumes of ore, so we’re starting to focus more on what we can do to start supplementing these declining orebodies. In the last few years, we spent a lot of time focusing on our surface plants, including the $1 billion Clean AER project. We’ve invested enough in our surface facilities. Now we have to feed them because they’re no good if they’re running empty.”

The work includes the complete refurbishment of the Copper Cliff Complex South Shaft, which was shut down in 2008.

The steel in the shaft is being stripped out and replaced, the headframe, loading pocket and dumping systems are being reconfigured and both hoists are being replaced.

Glencore began developing drifts at Onaping Depth in 2017 in order to stay on the critical path as defined in the project’s feasibility study, but only received approval for the full project in January 2018.

The US$700 million project includes the construction of a winze from the 1200-metre level laterally off the workings of Craig Mine to access some 14 million tonnes of ore 2,500 metres from surface.

The first 700 metres of the winze will be raisebored down to the 1900-metre level and then slashed and extended beyond that to the 2650-metre level using conventional shaft sinking technology.

The project also includes all off-shaft development and associated ore handling systems. First production from Onaping Depth will occur in 2023 and full production by 2025. Glencore needs the ore to replace declining reserves at its Nickel Rim South and Fraser Mines.

“Fraser Mine goes a little further to 2024-2025, so Onaping Depth will come in at a time when existing mines are tailing off and secures our business here in Sudbury well into the 2030s.”

“Vale started working on the Copper Cliff project in 2006-2007 when metal prices were running skyward and there was a push to produce more nickel,” said Stefanuto.

The thinking at the time was to sink a new, deep shaft midway between the North and South shafts, but the market crashed before the company was able to break ground and a decision was made “to step back and take a more measured approach.”

The Copper Cliff Deep project was broken down into three phases, and at the same time – 2008– the South Shaft was shut down.

Prefeasibility and feasibility studies for a scaled down phase one were completed by 2015.

“We were ready to start executing in 2016, but we paused a bit because of cash constraints and received approval to move forward in January 2017, so 2017 was a year of ramping up and getting our project team established,” said Stefanuto.

Both companies are going all out to embrace new technologies. Glencore, for example, has committed to an all-electric mining fleet for Onaping Depth.

“Mines at depth require a large volume of air for ventilation in a typical diesel arrangement, and that air has to be heated in winter and cooled at depth, so the capital cost of the infrastructure and the operating costs for all that are quite substantial,” said Xavier.

“Also, ventilation requirements constrain most mines to some degree in terms of the operating activities you can undertake at any given time, so moving to an all-electric fleet will allow us to change that in our favour.”

Less air will also reduce the number and size of openings necessary to deliver it underground and return it to surface.

Onaping Depth will be operated in the same way as a modern manufacturing plant with mine-wide WiFi enabling real-time information flow and better decision-making.

Xavier and his team are also looking at other technologies and innovations, including automation and more continuous methods of mining that will remove miners from underground hazards. Replacing traditional drill and blast technology with cutting is also a possibility.

According to Xavier, several large OEMs (original equipment manufacturers) have developed tunnel-boring prototypes for hard rock applications, and Glencore is working with other mining companies under non-disclosure agreements to evaluate them.

“Technology and innovation happen quite fast, so between now and 2025, there could be things that come available that we can take advantage of.”

Xavier is confident that a full range of electric vehicles will be available in time for startup, including the big prime movers – 14-tonne scoops and 40+-tonne trucks.

“The major OEMs have them in their pipeline, but we won’t need them for a number of years.”

In the meantime, the company has acquired several smaller pieces of battery-operated equipment for testing at its existing operations, including a 7-tonne scoop, a Maclean bolter, a jumbo and several utility vehicles.

“Our approach is to learn as much as possible about them and get a good understanding of duty cycles and charging requirements,” said Xavier.

Vale is also planning for battery-power at Copper Cliff and trialing equipment at Coleman Mine in the Sudbury Basin.

“We’re also starting to implement technologies like automation and equipment telemetry in our projects to increase efficiency and productivity,” said Stefanuto.

The orebodies Vale is targeting are close to the South Shaft and descend to the 5,200-foot level, requiring ramp infrastructure below shaft bottom.

Without a refurbished South Shaft, the company would have had to truck ore a distance of nine kilometres to North Shaft.

The Upper Kelly Lake deposit, which will be tackled as part of phase 2, is also adjacent to South Shaft, “so if we put in the infrastructure we need, we can make a business case for the next phase of the Copper Cliff project,” said Stefanuto.

The Copper Cliff Offset Dyke extends 11 kilometres and has been a major source of ore for Vale and its predecessor, Inco, for 100 plus years.

“I don’t think you’ll find this kind of deposit anywhere else in the world,” said Stefanuto.

“It’s incredible to me how much we’ve mined from here and it’s still open at depth.”

The shaft rehabilitation and ventilation work should be wrapped up by Q3 2019 with full production commencing in 2020-2021.

Vale is looking at production of 2,700-tonnes per day in the short term, but the shaft will have the capacity to accommodate up to 6,000 tonnes per day.

At the peak of construction, Stefanuto expects between 400 and 450 people on site.

Onaping Depth is also a rich orebody boasting grades of 2.25 per cent nickel and one per cent copper, but it’s grades of that value that make the project worth pursuing given the expense of operating at depths of 2.5 kilometres.

In addition to the US$700 million approved for Onaping Depth, Glencore gave the green light for a US$140 million upgrade of its Sudbury smelter to meet stricter emission standards, and a US$450 million investment for its Raglan operation in Northern Quebec.

“These are large and significant investments. I hope with the new technology we’re embracing current and future employees will look at mining as an exciting proposition. It’s a story we want to be heard. (Onaping Depth) provides certainty for us beyond our current life of mine which is just around the corner, and that means a lot to our employees.”

This article appears in the March 2018 issue of Sudbury Mining Solutions Journal, a sister publication of Northern Ontario Business.