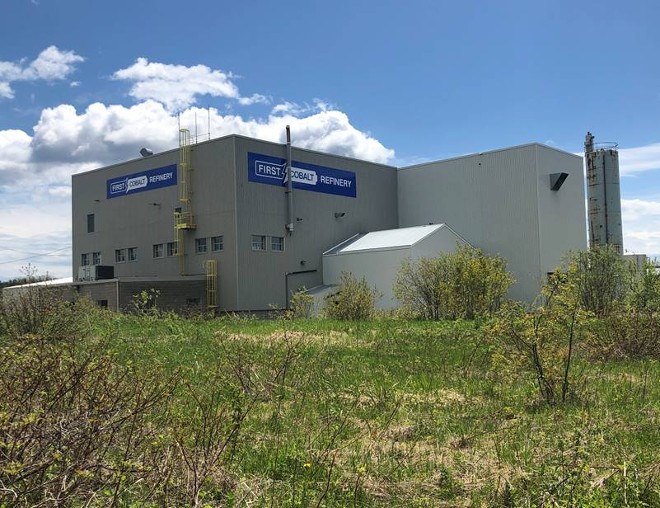 Glencore will advance a US$5-million loan toward the restart of a cobalt refinery in northeastern Ontario.

The international base metal miner agreed to a term sheet with Toronto’s First Cobalt as part of a recommissioning plan of the mothballed former Yukon refinery that could potentially see it back operating in less than a year, according to a July 15 news release.

The two parties first announced in May that Glencore AG would provide unprocessed cobalt and a loan to help restart the facility, located on the outskirts of the town of Cobalt.

First Cobalt bought the place in 2017 after it had been placed on care and maintenance by the previous owners in 2015.

The company has put forward a three-phase plan that would involve restarting the refinery next year at a feed rate of 12 tonnes per day, then dramatically scaling it up to 55 tonnes per day by 2021.

With North America’s only permitted cobalt refinery in its possession, First Cobalt has eyes on supplying the American electric vehicle market.

For months, an independent lab has been testing cobalt hydroxide material to determine if their refinery could produce a finished cobalt sulphate product. All indications are that they have the capability of producing a high-purity battery grade material.

The total investment in the plant is estimated at US$45 million.

First Cobalt said the capital invested will be repaid through cash flow generated under a long-term refining arrangement.

But the company cautions that a final decision to put the plant back into production depends on a favourable outcome of a feasibility study due out later this year.

Any startup is also linked to a long-term cobalt feed arrangement with Glencore, not in bringing any of First Cobalt’s own properties in northeastern Ontario or Idaho into production. First Cobalt controls almost 12,000 hectares of exploration ground in the Cobalt camp.

“Transitioning to cash flow as a North American refiner is our primary focus and today’s news demonstrates that we are moving closer to achieving that objective,” said First Cobalt president Trent Mell in a news release.

“This partnership will help First Cobalt achieve its stated objective of providing ethically sourced battery grade cobalt for the North American electric vehicle market. An operating refinery in North America can benefit all North American cobalt projects, as it significantly reduces the capital cost of putting a new mine into production.”