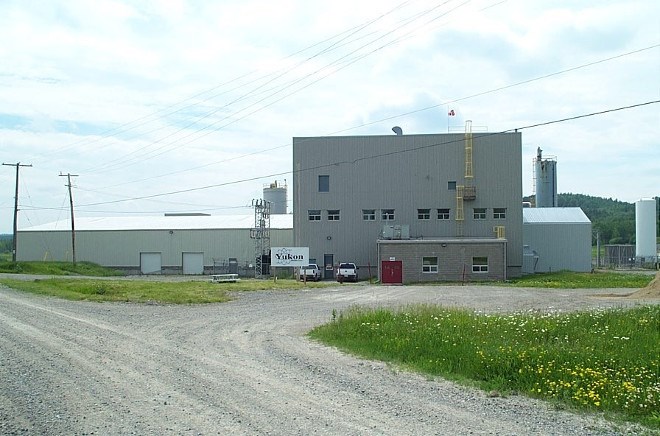 The owner of a mothballed northeastern Ontario cobalt refinery has signed a tentative deal with Glencore to receive raw material its Sudbury and Rouyn-Noranda, Quebec mines.

First Cobalt announced May 21 that it has a memorandum of understanding with Glencore AG to receive unprocessed cobalt and an undisclosed amount of money – through a loan – to help restart the former Yukon refinery on the outskirts of the town of Cobalt.

The Toronto-based cobalt processor and mine developer wants to position the refinery as a toll milling operation, receiving cobalt from around the world.

First Cobalt has exploration properties of its own in northeastern Ontario and in Idaho but none of them are advanced enough to provide material for the refinery. The plan is to funnel the revenue from processing back into exploration and mine development.

If the deal with Glencore goes through, the company will produce 2,000 to 2,500 tonnes of cobalt sulfate annually.

In a statement, First Cobalt president-CEO Trent Mell called Glencore an “ideal partner” to work with as the world’s largest cobalt producer and one that fulfills his company’s goal of securing ethically-sourced, battery-grade cobalt to supply the North American electric vehicle market.

“Our shareholders will benefit from Glencore financial backing, technical support and opportunities for regional synergies with their Sudbury and Rouyn-Noranda operations.”

But even with the good news, First Cobalt still isn’t giving the green light to restart the refinery. They’re finishing a feasibility study to operate the facility and remain in talks with other global cobalt producers.

If everything falls right, First Cobalt maintains the refinery could be operational within 18-24 months.

“This announcement marks the culmination of one year’s work, bringing First Cobalt closer to generating cash flow and reducing reliance on the equity markets to fund future advancement of our North American primary cobalt assets in Idaho and Ontario,” added Mell.

The company has the only permitted primary cobalt refinery in North America. They’re in discussions with the province to fast-track the permit amendment process.