Gatling Exploration goes wider, deeper in its search for gold at Larder Lake 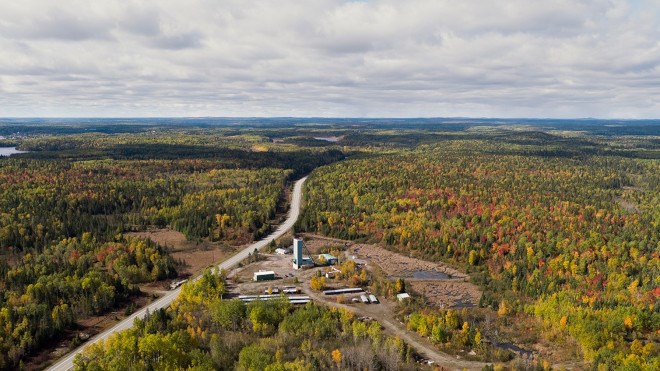 For the second time in as many months, Vancouver's Gatling Exploration is expanding its drilling campaign on its gold property near Kirkland Lake.

In a Sept. 16 news release, Gatling said they've hit some "key milestones by confirming high-grade lenses" at its Bear and Cheminis deposits.

Gatling's Larder Gold Project is 35 kilometres east of Kirkland Lake, near the border with northwestern Quebec. It hosts three high-grade gold deposits along the Cadillac-Larder Lake Break and consists of patented and unpatented claims on a 3,370-hectare property.

In the release, Gatling said it's following an aggressive exploration strategy of step-out drilling with an aim on drillling deep at its Bear deposit and other gold trends and targets at its Fernland and Cheminis deposits. The belief is that the Bear, Cheminis and Fernland are all part of one continuous gold trend.

Some of the exploration highlights at the Bear deposit this summer include drill intercepts of 20.7 grams per tonne (g/t) gold over 6.1 metres, and 10.6 g/t over 5 metres on a site where Gatling has drilled more than 13,000 metres this year.

This property contains the Cheminis Mine with a shaft running down to a depth of 1,085 metres. The deposit is comprised of four zones that span over 450 metres along strike and 1,000 metre deep.

“This is the second major expansion of our 2019 drill program at the Larder Gold Project and comes as a result of repeated success," said Gatling president-CEO Nav Dhaliwal in a statement.

"Our main focus will be continued, aggressive step out drilling along the four-kilometre trend to further expand Bear, Cheminis and Fernland and, ultimately, to test our belief that all three deposits are connected. In addition, we will be allocating more holes to test high-grade targets at the new Kir Vit zone.”