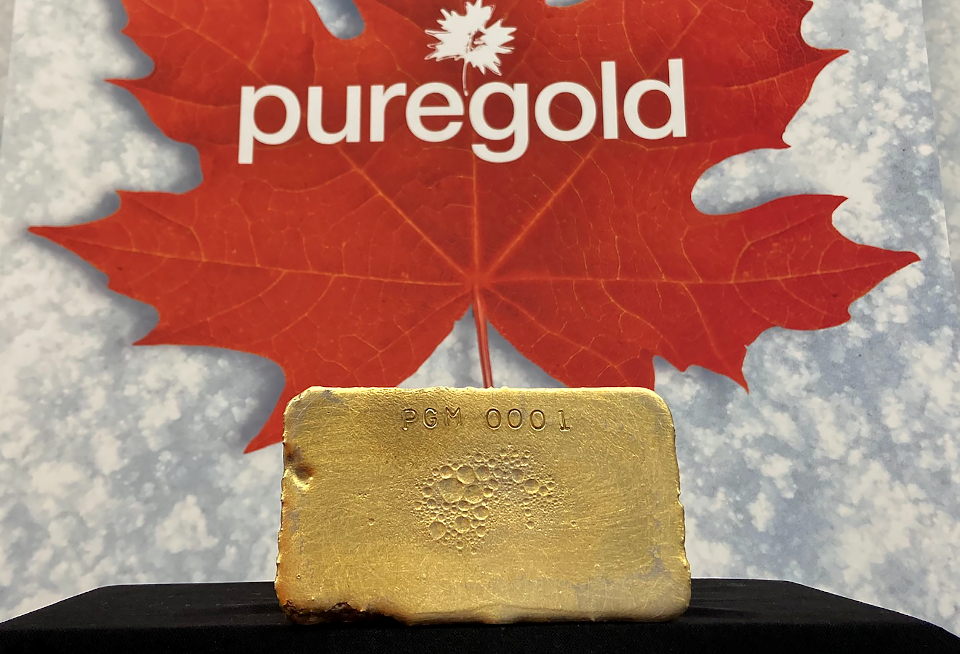 With days to spare before a self-imposed end-of-year deadline, Pure Gold Mining had the first gold pour at its Red Lake mine.

The Vancouver miner announced the pour took place on Dec, 29 after ore was shipped to the mill on Dec. 15.

Commercial production is anticipated by the end of the first quarter of 2021 when gold production targets will be announced.

“Today, the PureGold Mine has come to life," said Darin Labrenz, company president and CEO in a statement.

"With our first gold pour, we have transitioned to producer, and delivered on our promise to build Canada’s newest gold mine in the heart of Red Lake Ontario, on budget and on schedule.

“To build a mine at any time requires a complete team effort comprised of dedicated, driven, and focused individuals. To do so under the unique challenges of 2020 speaks to the quality and dedication of the entire team.

"With this first gold bar, we are now focused on ramping up the operation to steady state production as we continue to build a long-life growth company in Red Lake.”

The PureGold Mine is on the site of the former Madsen Mine property, which hosted two former gold mines, the Madsen and the Starratt.

When the Red Lake district went into production in 1928, the Madsen Mine became the camp’s first million ounce gold producer and eventually recorded 2.5 million ounces between 1938 and 1976, averaging 9.9 grams per tonne.

Pure Gold picked up the Madsen property in 2014.

The company said its aggressive exploration drill program, both at surface and underground, will continue in the new year on its 47-square-kilometre property, just southwest of the community of Red Lake.