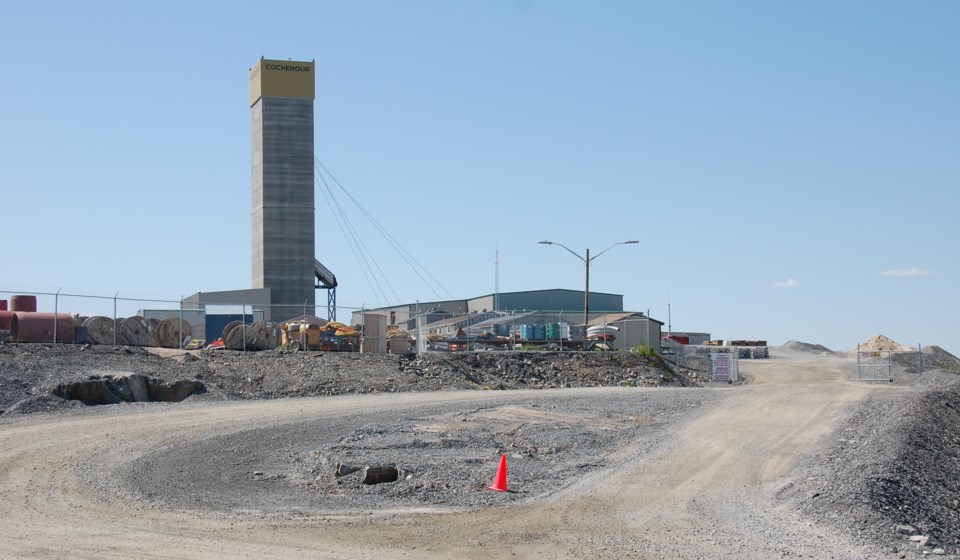 Cochenour Mine development in 2012. (File photo)

Changes are coming at the Red Lake Mine Complex with a new boss in charge.

The Sydney-based gold miner finalized its acquisition of the complex with Newmont on March 31.

Evolution announced in late November it was acquiring the Red Lake Gold Complex in a US$475 million.

The deal is structured to enable Newmont to receive $375 million cash and a $100-million contingent payment where Evolution will pay Newmont $20 million for each one million ounces of new gold resources, staggered over a 15-year period.

The Red Lake operation has a 13-year mine life and, according to Evolution, there is “outstanding exploration potential” to grow the resource base in a geological environment that they are quite familiar with.

Their strategy is “recapitalize the asset” to reduce operational costs and spend money on development and exploration over the next three years.

Part of the “transformation program” has already started with changes on the personnel side.

The mine general manager has been replaced and the search is on for a successor. The site leadership team has been reduced from 12 to 7 people.

Evolution expects to announce more changes shortly with regards to the broader workforce.

Beginning in February, Evolution began a complete overhaul of the approach toward exploration.

To build on Red Lake’s history of high-grade discoveries, Evolution is consolidating all their inherited geological data for the 460-square-kilometre property.

The goal is amalgamate the 130 individual block models into a more simplified model using Evolution’s methodology. The geology and exploration teams are being combined under one manager.

This will set things up for 2021 when plans will be in place to rapidly scale up drilling.

Next year’s exploration drilling budget is estimated to be $20 million to $25 million (Australian dollars).

Up to eight underground drill rigs will be utilized with a stated objective of finding high-grade gold across their entire land holdings.

Currently, there are four rigs operating underground doing definition and grade control drilling. Results should be out in the March 2020 quarterly report.

Evolution also expects to accelerate mine development to more than 1,000 metres per month by next December, up from an average of 668 metres from last December.

The company said their executive team has spent considerable time in Red Lake to start planning their “turnaround strategy.”

Among the key takeaways from their tour was a “high level of confidence” that there was more gold to be discovered, a belief that there are places to cut costs, and “very positive engagement” with workers who know that change is necessary for the operation’s long-term future.

In a statement, Evolution’s executive chair Jake Klein said in starting their search to acquire a Canadian operation in 2017, Red Lake was identified as having the most upside.

“The driver for our interest was both the outstanding potential for the discovery of new, high grade mineralization and clear turnaround opportunity to restore it to being a safe, efficient, long life, low cost operation."

The company reports there have not been any positive tests of COVID-19 among its employees or contractors on site.

All fly-in/fly-out traffic has ceased but only 10 per cent of the Red Lake workforce has been unable to work due to travel restrictions. That doesn’t seem to have impacted production or mine development work, Evolution said.