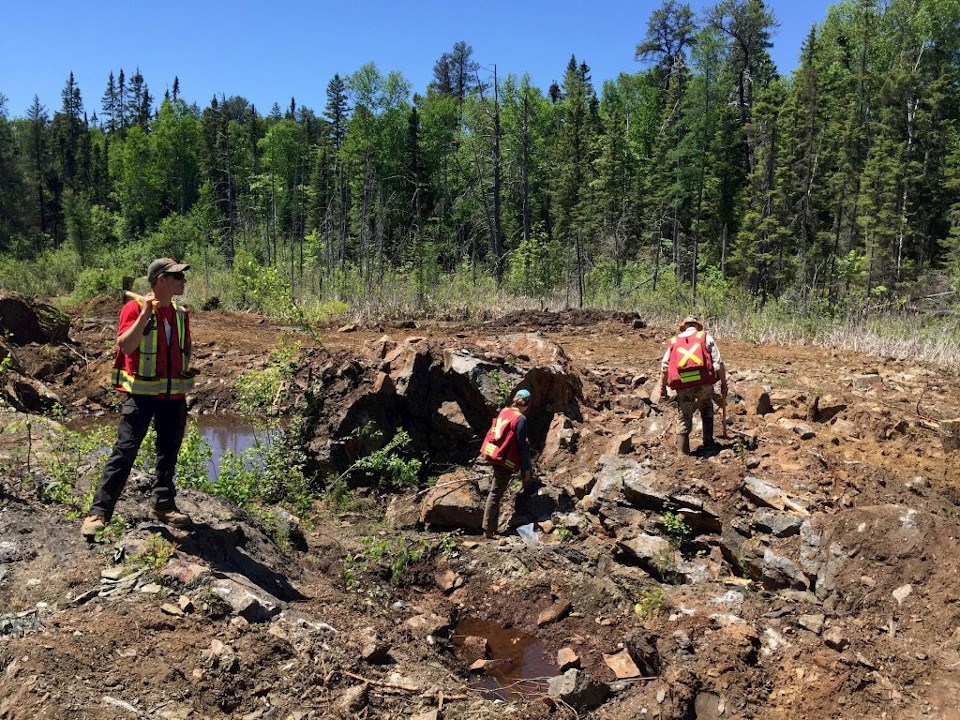 Battery Mineral Resources (BMR) has come out of the shadows to post a first-time resource for a cobalt and silver property, southwest of Gowganda.

The lowkey Vancouver-based explorer, formerly known as Fusion Gold, released a maiden resource of more than a million pounds of cobalt at its McAra Project, according to an April 22 news release.

As the largest claims holder in the historic Gowganda-Cobalt silver mining camp, BMR thinks there's enough mine potential among its nine exploration properties clustered in this area to consider establishing a processing plant.

The company is promoting itself as an emerging supplier of battery minerals to the electric vehicle market in targeting high-tech and industrial metals like cobalt, copper, lithium, graphite and silver.

BMR was part of the big 2016 staking and acquisition rush into northeastern Ontario.

They scooped up former mine properties and other promising brownfield ground around the historic Cobalt and Gowganda silver mining camps. BMR amassed a staggering 119,548 hectares of property spread out over nine exploration projects.

Over the last century, much of the area's mining activity focussed on silver. Cobalt was a little-used byproduct. With McAra, the company said it has a cobalt-dominant resource, the first of its kind here in 50 years.

After picking up McAra in 2017, BMR launched an exploration program of geophysical surveys, geochemical sampling and a diamond drill program of more than 10,000 metres. The result is a measured and indicated resource of 1,124,000 pounds of cobalt and 11,260 ounces of silver.

Besides mapping out a 7,000-metre drilling program on seven cobalt and silver targets this year, BMS is floating the idea of building a centrally-located processing plant, either in Gowganda or Elk Lake, as part of a "hub and spoke" development model. McAra would be the "first spoke in the wheel," according to the company's investor presentation.

In a news release, the newly arrived CEO of BMR, Martin Kostuik, was pleased to find a primary cobalt mineral resource at McAra, calling it a "historic discovery."

"The one-million-plus pound cobalt mineral resource outlined by BMR drilling is part of a regionally extensive and highly prospective land package of nearly 120,000 hectares, that may host additional high-grade deposits as our ongoing exploration program progresses. This could become a part of a series of feed sources for a potential cobalt ore processing facility in the region," he said.

BMR was launched in 2016 as a subsidiary company to Fusion Gold, focusing exclusively on cobalt exploration in northeastern Ontario. Fusion management decided to change its company name to Battery Mineral Resources. They went live on the TSX Venture Exchange last February.

The company has a multitude of cobalt, lithium, graphite, nickel and copper properties across North America and South Korea; owns a 89.2 per cent stake in ESI Energy Services, a pipeline equipment rental and sales company; and is raising money to acquire the Punitaqui copper and gold mining complex in Chile.