Canada is the mineral grocery store to the world 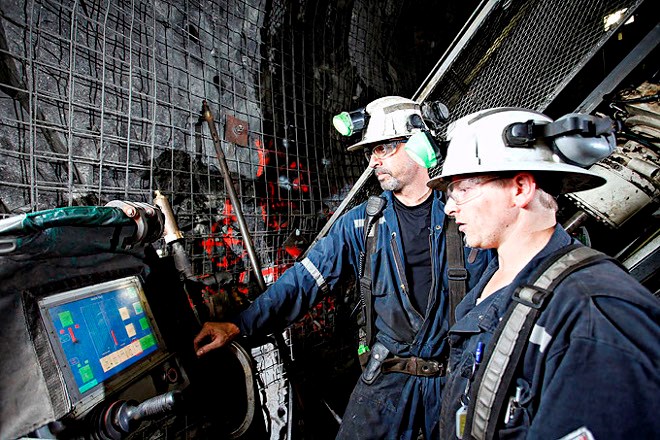 Empty store shelves, shortages of vital supplies, and long lead times on ordering goods can be an educational primer for the general public on how stuff is made and where it's sourced.

The Mining Association of Canada released the results of a poll showing a majority of public support for Canada growing its market share as a preferred global supplier of critical minerals, based on abundance and leading environmental standards.

The Ottawa-based industry group said Canada is a top five country in the global production of 15 minerals and metals - such as cobalt, copper, precious metals, nickel and uranium - considered essential to new technologies.

Critical minerals are used in the aerospace, defence, telecommunications, computing, and an array of clean technologies such as solar panels and electric car batteries.

According to the industry group's pollster, Abacus Data, close to 90 per cent of Canadians want to see this country expand its global position as the preferred suppliers of these minerals to the world.

In a May 13 news release, the association said China has been a major mineral supplier but Canada has a role to play as customers look for products made to high environmental standards.

"We have the potential to expand in lithium, magnesium and rare earths," said Pierre Gratton, president and CEO of the Mining Association of Canada.

"More than a decade of Canadian leadership in responsible mining practices is giving us an additional edge, and we see more investors and customers examining how their suppliers approach environmental responsibility. The market is growing and Canada's opportunity is clear."

Canada and the U.S. signed a Joint Action Plan on Critical Minerals Collaboration, designed to attract investment in Canadian mining projects and advance the mutual interest in securing supply chains for the critical minerals needed in manufacturing.

"Canadians may not all have a detailed knowledge about the mining sector, but they can clearly spot the chance to leverage our advantages in terms of abundant resources and the high standards of responsibility that our industry is known for," said Gratton.