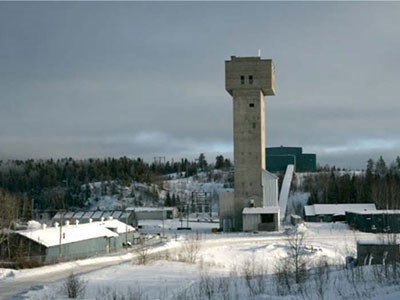 The good vibes of confidence and recovery in the mining industry from this past spring’s Prospectors and Developers Association of Canada (PDAC) convention in Toronto have filtered into northwestern Ontario.

Garry Clark, executive director of the Ontario Prospectors Association (OPA), expects this year to be a busy field season, judging from what he hears and sees walking the floor at the recent Ontario Prospectors Exploration Showcase held in Thunder Bay in early April.

Many companies are ready to do exploration work on their properties if they can raise the financing. Others have money in their treasury and were just waiting for the snow to melt.

Clark is expecting to see a mix of new mineral discoveries in 2018 and some stale projects, not worked for years, springing back to life.

Unlike the financiers and investors who roam the floor at PDAC, the showcase attracts a more blue-collar, boots-on-the-ground crowd to Thunder Bay.

The event is a favourite for many equipment suppliers, said Clark.

“They say this is the best show they go to because it’s directly to the people that use them.”

Green technology minerals, like lithium, continue to be of intense interest in the northwest, said Clark, based on the upward trending demand for minerals used in the electric vehicle battery market.

“Cobalt is a tricky one in Ontario. The veins aren’t very big, there are good grades, but it’s smaller tonnages.”

He anticipates the Cobalt area of northeastern Ontario staying hot with many cashed-up companies staking ground clear across to Gowganda.

The Red Lake gold camp in northwestern Ontario remains active with an award-winning company like Pure Gold putting the former Madsen Mine back into production.

On the north shore of Lake Superior, the Hemlo gold camp remains a busy exploration and mining region, stretching east to White River and Wawa.

Since 1987, Wesdome Gold continues to produce ounces from its Eagle River Complex and the Island Gold Mine, near Dubreuilville, is expanding underground under the new flag of Alamos Gold.

On the project financing front, many small junior miners are still struggling to raise financing for exploration.

Some companies have gotten creative, said Clark, mentioning KWG Resources, which wants to raise $50 million for exploration in the Ring of Fire by launching a digital currency next year to trade through a blockchain-contract offering based on future chrome production.

One government assistance program that’s been well-received has been the Junior Exploration Assistance Program (JEAP).

Introduced as a pilot program in 2015 during one of the worst commodity down-cycles in 30 years, JEAP was designed to help exploration companies do early-stage exploration by providing rebates of up to one-third of junior companies’ exploration spending (reimbursed to a maximum of $100,000 for a single project).

With $2 million left in the fourth and final tranche of the program, Clark said JEAP has been well-received by the industry – with 20 companies applying by the mid-December deadline – and has produced trackable results.

“We can point to successes both in the sense of geological knowledge and where the money has gone employment-wise, including employing First Nations.”
Clark said the Wynne government is signalling – if re-elected – that JEAP could become a permanent fixture in the provincial budget or through Northern Ontario Heritage Fund programming.

The province is also instituting a new system that is a radical change in the way the prospecting and exploration sector goes about its business.

Electronic map staking came into effect on April 10 after years of consulting with industry.

Considered controversial when the legislation was passed in 2009, the idea is to make Ontario more competitive with other jurisdictions by attracting more investment and eliminate the land-use conflicts of the past by making the practice of staking more transparent to all.

Some prospectors fear the electronic map staking is too expensive – at $50 per cell (roughly 20 acres) – and they see more deep-pocketed mining companies having an advantage over them.

Another concern is that “nuisance stakers,” offshore companies and investors, would start stockpiling properties, but Clark said eventually these companies are required to do assessment work on those properties or those claims come open.

The advantage of electronic map staking is not having to physically go out and stake ground but on the flip side it was lucrative work for many prospectors working for mining companies and the bush skills acquired through line-cutting were very good entry-level jobs for Indigenous people trying to get into the mining industry.

“The biggest question will be how map staking works, if we have hiccups.”

Clark said the OPA continues to lobby the Ontario government to mitigate the cost of staking for prospectors with an idea for a rebate program to give prospectors and small companies within a certain market capitalization.

In Newfoundland-Labrador, which introduced electronic staking in 2005, the cost of a cell is $65 but stakers get a $50 rebate. So far, Clark said, the government is not considering it.