Avalon Advanced Minerals has development plans for a Kenora-area lithium mine
Oct 3, 2016 10:40 AM By: Ian Ross 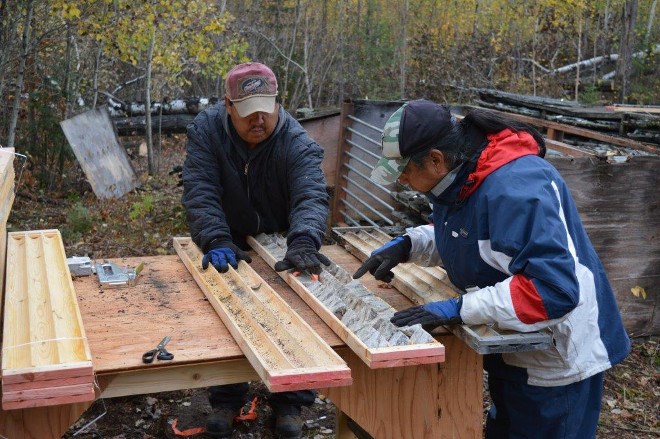 The economics look good so far for Avalon Advanced Materials to begin mapping out their plans for an open-pit lithium mine and processing plant near Kenora.
Company president Don Bubar is said to be “delighted” with the positive results coming from a preliminary economic assessment (PEA) of its Separation Rapids lithium project.

Micon International’s report said the minerals in the ground and the rechargeable battery markets look favourable enough for the company is press ahead with a more detailed feasibility study for an open-pit capable of a producing 950,000 tonnes a year with an annual yield of 14,600 tonnes of lithium hydroxide for a 10-year mine life.

The purpose of the PEA is to evaluate the potential mineral recoveries of a lithium product that might be suitable for the rechargeable battery market. Micon reports the company has positive economics and a technically viable process for a battery-grade lithium hydroxide product.
The measured and indicated mineral resources at Separation Rapids show a total of 8.0 million tonnes averaging 1.29 per cent lithium oxide and 38 per cent feldspar.

Feldspar is an industrial mineral used in glass and ceramic manufacturing, and as a filler and extender in making paints, plastics and rubber.
Avalon’s development model also calls for a concentrator to be located on the company’s mining lease, 75 kilometres north of Kenora.
The ore would be crushed and processed at the mine site and the resulting petalite concentrate would be trucked to a proposed hydrometallurgical plant near the community.

The plant would have the capacity to produce 14,600 tonnes per year of lithium hydroxide, which would be bagged and loaded on rail cars for shipment to customers.

The all-in project construction costs are tabbed at $514 million.All the tailings would be stored at the mine site.

Avalon had originally evaluated the Separation Rapids property between 1997-2000 as a potential producer of lithium minerals for the glass and ceramic market. But the project was put in mothballs because the larger rechargeable battery market was still in its infancy.

In a statement, Bubar said the PEA shows the “production of a high purity lithium battery chemical from Separation Rapids is indeed economically viable in this model.”

“The extraction of lithium chemicals, such as lithium hydroxide from lithium pegmatites like Separation Rapids, is an emerging business requiring innovative new process technology.”

With the help of SVP Metallurgy and Technology Development, Bubar said they’ve developed a new process flowsheet to extract a lithium hydroxide product from the high pority petalite found on their property, “something that had not been done before.”

“We look forward to working with our partners in government, the battery materials sector and the local community to advance this Project to the demonstration plant stage.”

The company said the next steps will be gathering more technical information to complete a final feasibility study in 2017, sign on customers and get a demonstrate-scale production operating.

Conceivably, commercial operations could begin by 2020.