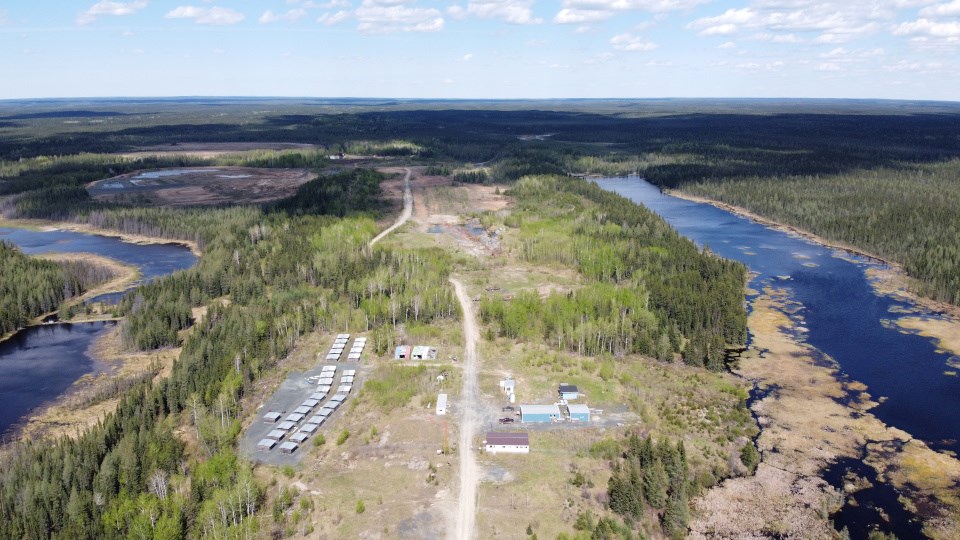 A new discovery of high-grade gold, near the surface, has Auteco Minerals is boldly talking about the potential of an open-pit operation on the site of an old Pickle Lake gold mine.

The Western Australian gold explorer had been drilling unmined areas at the site of the former Pickle Crow Mine looking for gold extensions of the current one-million-ounce resource they compiled last September.

Auteco posted the latest batch of results from its now-completed 45,000-metre drill program at its Pickle Crow Project, highlighted a new discovery, dubbed Carey. The best intercept from Carey showed 5.3 grams per tonne over 20.4 metres at a relatively shallow depth of 102 metres.

The West Perth-headquartered company said it's finding broad zones of gold mineralization around the former underground mine that was known for high-grade narrow gold veins.

Between 1936 and 1966, the Pickle Crow Mine produced 1.5 million ounces of gold, averaging 16.1 grams per tonne. The underground operation has three shafts, 38 kilometres of lateral development and a 225-tonne-per-day processing plant on the surface that was never commissioned.

After picking up the property in January 2020 through an earn-in, joint-venture arrangement with First Mining Gold, Auteco has been tacking on more ground to explore and drilling extensively near the old mine shafts to add more ounces to its inferred gold resource of 1 million ounces at 11.3 grams per tonne. Auteco owns 51 per cent of the Pickle Crow Project. These latest drill results will be included in a new resource update coming out next month.

To build on this latest success, Auteco's board of directors has given the approval to start a 50,000-metre program, which includes stepping out and away from its current resource to drill off some promising targets on the rest of its 496-square-kilometre ground.

In anticipation of making more discoveries at Pickle Crow, Auteco hired environmental consulting firm Wood PLC to help with obtaining an advanced exploration permit from the province. They're also talking with a number of engineering firms to assess the processing equipment and mine-related infrastructure they inherited at Pickle Crow.

"The latest drilling program has been a huge success and we will further capitalise on this success with additional drilling," said Auteco Executive Chairman Ray Shorrocks in a news release.

“The high grades and the substantial widths of the new mineralisation highlight the potential for highly beneficial bulk mining methods to be used, either as wider stopes in an underground setting or as an open pit.

“We will now complete the resource update in parallel with starting the new drilling program, ensuring we maximise the opportunity to generate newsflow and create value for shareholders.”